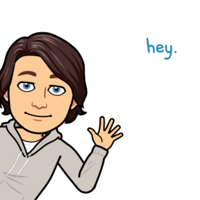 Dougie Hamilton: Any Chance He Signs An Extension?

Will Dougie Hamilton remain a Carolina Hurricane next season?

It's the biggest question going into this off-season for the team.

Since arriving in Carolina three years ago, Hamilton has blossomed into a legit top defenceman in the league. His teammate, and primary defensive partner, was unequivocal in whether Hamilton should return.

"I want him back," Jaccob Slavin said last week. "I enjoy playing with him...He's been a huge part of this team and our success."

The numbers back up Slavin's opinion. Hamilton's nine-year career is neatly divided across three teams with three seasons spent in each: Boston, Calgary, and Carolina.

And while he boasts solid career numbers, his stats soared in his last three years with Carolina.

So it makes sense that the Canes would want to keep him, but can they?

Unfortunately, the most obvious option--Hamilton renewing his contract--might be the least likely option at this point.

Once a player is only a month away from entering unrestricted free agency, they tend to do it.

And then, they tend to leave.

As Elliotte Freidman reported today, the Canes have already granted Hamilton permission to negotiate with other teams.

Friedman noted this could be a negotiating strategy to help Hamilton get a sense of the market, but it doesn't seem likely to help Carolina in the end.

After all, the lead-up to free-agency is supposed to benefit the current contract holder and give them exclusive negotiating rights (and leverage) to help re-sign the player. So, giving that right away does little to help Carolina.

The more straightforward explanation for this move is that Hamilton and Carolina are probably way too far apart to make a deal.

If the two sides are hopelessly deadlocked, letting Hamilton talk to other teams might benefit both parties because it could lead to a sign & trade.

It's not an ideal situation for Carolina, but it might be the best hope if Hamilton is not interested in re-signing.

Under this scenario, Carolina would re-sign Hamilton to a contract extension--then immediately trade him.

Carolina signs Hamilton to a $10m/year, six-year deal. They then trade Hamilton to Columbus in exchange for Seth Jones (a right-handed defenceman who has made it known he wants out of Columbus).

There's an obvious benefit for Carolina to do this--they get something, anything, in return for losing one of the league's top defencemen.

But what would Hamilton get out of it?

In a way, it creates a free-agency market with only one player: Dougie Hamilton. With the news out there that he's looking at offers, it incentivizes all the teams that are interested in signing Dougie to make their best offers now. After all, if another team lures him (and Carolina) in the next few days, Hamilton never makes it to the free agency period that begins July 27.

At the end of the day, Dougie Hamilton holds all the important cards in this process. And with each passing day, it looks more and more like he wants to test the waters of free agency.

Carolina's front office can and should match any reasonable offer for Hamilton. As Jaccob Slavin pointed out, Hamilton is a big part of why Carolina has made the playoffs in each of the last three years. Replacing him in free agency or via trade will not be easy.

That said, there's very little Don Waddell, Tom Dundon, or Rod Brind'Amour can do if Hamilton truly wants a change of scenery.

The free-agency period opens on July 27, and at this point, it looks like Dougie Hamilton might walk out the door--leaving Carolina with nothing to show for it.

Scientists are pretty sure that time is just an illusion. Despite that, we all still try our best to save time, find time, make time, or cherish time. So it’s no wonder that lyricists love to use the word ‘time’.
Read full story
Cary, NC2d

Raleigh, NC -- The introductions continue for the Carolina Hurricanes. On Friday, Ian Cole and Ethan Bear sat down with the media to discuss their recent signing with the Hurricanes and their goals for the next season.
Read full story
2d

Raleigh, NC -- There are plenty of new faces on the Carolina Hurricanes, even if they're not physically in North Carolina just yet. On Thursday, the Canes held a virtual press conference to introduce two of the newcomers to the media: Frederik Andersen and Antti Raanta.
Read full story
Cary, NC3d

Raleigh, NC -- The Carolina Hurricanes had a busy first day of free agency. The departure of Dougie Hamilton and the arrival of Tony DeAngelo are likely to grab the attention of casual fans. However, hardcore fans will note that the forward group underwent a shake-up today too.
Read full story
Raleigh, NC4d

Raleigh, NC -- The re-making of the Carolina Hurricanes continues--whether the fans want to see it or not. On Wednesday, Carolina signed Frederik Andersen (G) and Antti Raanta (G) as their goaltenders for next season and beyond.
Read full story
Raleigh, NC4d

Raleigh, NC -- The Dougie Hamilton era in Carolina has come to an end. The 28-year-old defenceman signed a seven-year, $63m contract with New Jersey today. Hamilton arrived in Carolina three years ago as the centerpiece of the Noah Hanifin, Elias Lindholm, and Michael Ferland trade with Calgary.
Read full story
Cary, NC7d

Raleigh, NC -- The Carolina Hurricanes have a plan. Exactly what that plan is remains shrouded in mystery. But it appears to involve lots of 2nd and 3rd round picks in this year's NHL entry draft.
Read full story
Cary, NC10d

The speculation over what was behind the Alex Nedeljkovic trade continues to grow. No matter the ultimate reason why, the Carolina Hurricanes and Alex Nedeljkovic have parted ways.
Read full story
Cary, NC11d

Raleigh, NC - The Carolina Hurricanes have traded away one of last season's Calder Trophy finalists for Jonathan Bernier and a third-round draft pick. Yes, you read that right.
Read full story
Cary, NC11d

Morgan Geekie is off to the Pacific Northwest. In a somewhat shocking move, the Seattle Kraken selected the 22-year-old Geekie during Wednesday night's expansion draft, passing on Nino Niederreiter and Jake Bean, among others.
Read full story
Cary, NC12d

Things have been awfully quiet on the Dougie Hamilton front recently. Reports surfaced about a month ago that the Canes had granted Hamilton's request to negotiate with other teams ahead of the opening of free agency on July 28th.
Read full story
Cary, NC13d

"I never doubted myself that I could do it. I just needed that opportunity." - Alex Nedeljkovic. Like the rest of the Canes, the 2021 playoffs didn't end the way Alex Nedeljkovic had hoped.
Read full story