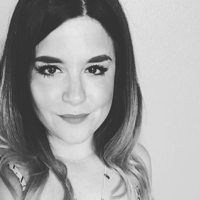 The Historic Town Of Medora Is Under Evacuation As Wildfires Rage 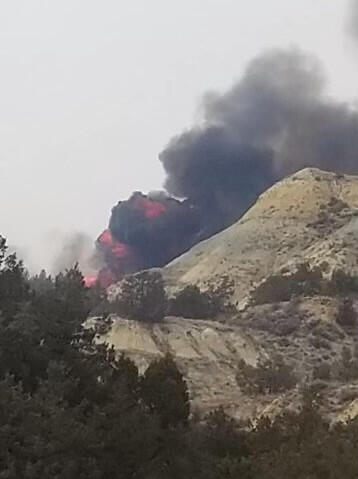 Medora — a popular tourist destination in North Dakota — is under evacuation today as wildfires burn and smoke engulfs the small, historic town.

Thursday on Twitter Governer Burgam announced a statewide wildfire emergency which enables them “to deploy two UH-60 Black Hawk helicopters to help fight a Billings County wildfire that has prompted the evacuation of the city of Medora.”

The North Dakota Hall of Fame, the center of western heritage and cultures and museum posted on Facebook that:

A large fire is burning near Medora. Evacuation is in progress. More information will be forthcoming. This is not an April Fools prank.

“Medora is being evacuated due to “considerably” increasing smoke over the last hour.”

That afternoon, residents of Dickinson, a city 30 miles east of Medora, noticed the smoke clouds billowing, myself included.

A Medora resident said: “They evacuated us right after school.”

Residents described grabbing ‘the dogs and cats’ and rushing with their children to the safety of family members' homes in Dickinson. The source also said her children are, “good” but were “a little freaked out at first.”

The wife of a Medora firefighter stated that her husband “is still at the fire, of course, but checking in periodically to let us know he is safe.”

North Dakota has had a mild winter causing drought-like conditions, which may have contributed to the wildfire, though this yet to be confirmed.

Photos are surfacing online and on Facebook showing the Medora stage for the Medora Musical, which was set to open its first show on June 9th, with smoke and fire burning nearby. The word, Medora, covered by dark clouds of smoke.

This is a developing story, and no word has yet been given on what, if anything, has been damaged.

As the sun sets, you can still see swirls of smoke coming in from the West.

Residents, and those who are fans of the tourist town, are calling for people to “pray for Medora.”

This year is moving by so fast that it’s hard to believe it’s not still January. When actually, Easter is nearly here. This Sunday the time has arrived for food coloring, bright-colored eggs, and jelly beans (Starburst, please!), and churches full of rejoicing. Perhaps, you’re already preparing your Easter basket for the kids and the plan in place for where to hide it — excuse me, for where the Easter Bunny will hide the basket.
Read full story
2021-03-29

It was 2005, and we were in New York, and acting like fools. And we were having a blast. We, my choir classmates, and I were on top of a tour bus in the middle of a busy street in downtown NYC — which means we were in the middle of traffic and not moving fast, if at all. Below us were some merchants selling food and wares, and talking to us as we waited.
Read full story
14 comments
2021-03-29

We’ve all had this same fear for over a year now. You walk outside and the dread hits you. The grocery store, once comforting as it brought you nourishment, is now terrifying. The mall? Not even open.
Read full story
2021-03-28

Many are the plans in a person’s heart, but it is the LORD’s purpose that prevails. — Proverbs 19:21. For once my to-do list was filled with lovely checkmarks, mostly because I finally took the time to buy a new planner. Ten bucks and I got this elegant book with rose gold lettering and pearly white background. The girl in me beamed and the writer in me grew hopeful that tasks would be accomplished.
Read full story
2021-03-26

What Giving Birth Abroad Teaches You About Hospital Visitors

That one terrifying moment when you don’t hear a cry when you don’t know if your new baby is breathing or not. Then the new baby shrieks the first of many. You tear up as they lay the naked child, still wet and goopy, on your skin.
Read full story
2021-03-25

Don’t Marry a Foreigner Until You Know This

I never thought I would marry a foreigner but there I was. I sat on the pull-out bed in the dark. Alone. In the foreign country Ukraine. Me, a midwest girl from North Dakota. Where did my boyfriend go?
Read full story
Medora, ND2021-03-24

You’ve made it. You’re finally here. The streets are filled with other tourists like you, slightly lost even though it’s a small town. You wander around admiring the jagged badlands peeking from behind the western-style buildings.
Read full story
2021-03-24

I am fortunate enough to live with my mother-in-law. Maybe not everyone would feel that way but I do especially since she is from another country. Ukraine. Since it’s winter and cold outside in my state and not always the most amount of things to do in the cold weather, we end up watching a good amount of movies. It has become one of my favorite winter traditions. But the more movies you watch the fewer ideas you have of what to watch next.
Read full story
2021-02-17

Yet, the idea of the small, coppery coin on the floor or in the cushion of the car-seat terrifies me. Sure, my daughter is advanced and has been taught not to put small objects in her mouth, but she is two and you never know. What if she puts the penny in her mouth and it falls down her throat blocking the air from escaping? What if she chokes and I can’t get it out or get her help in time?
Read full story
2021-02-09

There was no question we were going to do it. My husband had to teach his kids his native tongue. It’s a part of him and he needed to pass it on. I dreamed of hearing my kids say English words in cute ways like 'pweaze'. So, we’ve been teaching our kids two languages from day one.
Read full story
1 comments
2021-02-03

Too Busy To Read? Then Try This

Most people would say they don’t, especially pre-pandemic. But even now, our minds are filled with whether or not it's safe to even go to the grocery store or if there will be riots down the street. Our will has changed.
Read full story
1 comments
2021-02-03

I Wrote in a Coffee Shop (For The First Time) Here's the Bitter, Sweet Lesson I Learned

“It was a pleasant cafe, warm and clean and friendly, and I hung up my old water-proof on the coat rack to dry and put my worn and weathered felt hat on the rack above the bench and ordered a cafe au lait. The waiter brought it and I took out a notebook from the pocket of the coat and a pencil and started to write.” — Ernest Hemingway.
Read full story
2021-02-01

Yes, Mom Guilt Is Real But You Can Survive It

You put your kiddo to bed, kiss his apple cheeks and think about the day gone by as his breathing steadies. Thoughts of making pumpkin cookies and dancing to blaring kid’s music play in your head.
Read full story
2021-01-25

In This Crazy World Of Politics And Fear, We Need To Cherish Our Kids More Than Ever. Here's How

My son was placed in my arms, squealing and face scrunched. He seemed too small yet too big. Now my tiny baby is a smart, goofy Lego-loving boy about to head to school. Sometimes I wish I could make time just stop for a second so I can stare at my kid's faces without the seconds ticking by.
Read full story
2 comments
2021-01-21

You want to know us, what we want. If a man could figure that out that then man could have all the secrets to the world. But what if I told you, there are a few things we do not want you to know?
Read full story
4 comments
2021-01-18

Want To Get A Puppy For Your Pregnant Wife? Read this First

The furry head tilts to one side, her eyes big. The puppy seems to say, “Buy me.”. You think of your woman at home with her bulging belly and walk away with the fuzzy creature, future exciting. What could be better than a soft puppy and newborn? Your wife will love it.
Read full story
3 comments
2021-01-15

You’ve just had a great time hanging out with the guys. You laughed. Relaxed. Joked. And generally had a good time. You come home a little early feeling perhaps a bit buzzed and in a dream-like state. You're happy. No worries. The world is good.
Read full story
23 comments
2021-01-15

Wanna Understand Women? Listen To This New Song From TikTok

Remember when President Trump wanted to take away TikTok?. It wasn't long ago; Maybe you felt rebellious like I did (as much as a small-town midwestern girl can, anyway), and decided to download this app you'd only ever read about.
Read full story
4 comments
2021-01-12

No, it's not your butt (this time) You’re a bit nervous because tonight might be the night. Not that you’d admit this to anyone but you picked out your shirt to be just right, and you’ve maybe paired it with a pretty cool jacket. A bit like Chris Pratt in that, maybe horrible yet hypnotizing movie, Passengers. Your hair is smoothed back tight and you’re feeling a bit like Elvis, super cool. Attractive.
Read full story
147 comments