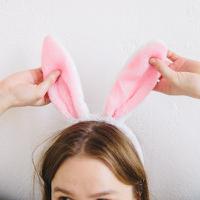 News 3 LV began the article with the exclamation: "A lucky guest hit quite the jackpot on Tuesday!" Though the option to win this big is an option every day, this win was big. Big enough to make the local news!

The official reporting out of Caesars Entertainment said that one of its rewards members won $1.3 million on a mega-progressive jackpot at a three-card poker table at Harrah's Las Vegas. The article also went onto explain that the guest did not want to be identified, but that person got a winning hand on a royal flush of hearts, according to Caesars.

"The Harrah's Las Vegas gaming floor was alive and full of luck this afternoon," Harrah's general manager and senior vice president Dan Walsh said in a statement Tuesday. "It was an exciting day for our city, our winning guest and the whole team at our Harrah’s property."

This is an optimistic sentiment from upper management, as a $1.3 million dollar payout is certainly a huge one for the company. It's just a reminder that jackpots can happen. And maybe if you play the three card poker bonus, it could happen to you!

Investigation into sexual abuse at Thacher School could take a year to complete, reports Megan Diskin of Ventura County Star. The article in it's entirety may be found at through the previous link. The article highlights are below.
Read full story
Laguna Beach, CA29d

artImage by Thanks for your Like • donations welcome from Pixabay. Lisa Black of Laguna Beach, California, reported that art-opening parties were returning to Laguna Beach. These parties were both indoors and mask free, which may or may not be a good idea. Lisa’s original article may be found here, and it includes beautiful pictures of the Laguna Art Museum and the pieces on display. Highlights of the article may be found below.
Read full story
1 comments
Los Angeles, CA29d

A man was charged Saturday with illegally transporting tons of explosives he purchased in Nevada - including several that left a trail of destruction and injuries when they blew up in South L.A. after a planned detonation went wrong.
Read full story
4 comments
Las Vegas, NV29d

poker cards and chipsImage by Markus Schwedt from Pixabay. There’s a big winner in Las Vegas, as Jim Barnes of the Las Vegas Review-Journal reports. The Wynn Las Vegas has been hosting their annual tournament series and the main event has just concluded. The original article has all of the details. Here are the highlights.
Read full story
Las Vegas, NV29d

In a Skyscanner article by Richard Munassi, there is a list of ten things to avoid when visiting Las Vegas. The article is quirky and reports a handful of “traps” people may fall into. See which of these ten things you most and least agree with!
Read full story
9 comments
Los Angeles, CA29d

explosionImage by PublicDomainPictures from Pixabay. Families are displaced by a fireworks explosion in South Los Angeles, and they spend their July 4 holiday seeking help. Irfan Khan and Rosanna Xia report for MSN in a story that originally appeared in the Los Angeles Times. Highlights of their findings appear below. Their original article may be found here.
Read full story
4 comments
Las Vegas, NV29d

Ashley Casper at Las Vegas Fox 5 was the first to report on the shooting at the first ever live musical event at the newly constructed Allegiant Stadium. The entirety of her article can be found here, but the highlights of the reported event are included below.
Read full story
Las Vegas, NV29d

By mid-afternoon on the July 4 holiday, the Las Vegas police were investigating their third homicide of the day. The article as reported by Sabrina Schnur of the Las Vegas Review-Journal opens as follows:
Read full story
10 comments
Miami, FL29d

Miami is internationally known for lavish lifestyles, beautiful beaches, decadent nightclubs, and enormous shopping malls. Having been endowed with a warm climate, Miami attracts a crowd all year round. Sitting on the Atlantic Ocean contributes to the temperate weather and adds an ever-present beauty. If you are looking for a place to spend the weekend, a holiday, or even a honeymoon, Miami is the great place to choose. Here are ten great reasons to choose Miami.
Read full story
5 comments
Rochester, NY29d

Rochester, New York, is famous for many things—museums, parks, photography exhibits, festivals, shopping centers, music culture, culinary scene, and so on. Being the third most populous city in the state, it is a city of diverse culture and fascinating dynamics. To anyone who seeks to explore this beautiful city, it offers a variety of interesting places to go and fun things to do.
Read full story
4 comments
Atlanta, GA29d

Atlanta is the capital of Georgia, and it's famous for museums, aquariums, and gardens. The beautiful city has many famous tourist attractions, and it's starting to break into industries not typically associated with the south, such as being a great place to produce blockbuster movies! If you're planning a trip to Atlanta, here are the top ten things you should consider doing while visiting Atlanta;
Read full story
7 comments
Cleveland, OH29d

If you have never been to Cleveland, you might not know much about this city outside of its extensive culture of arts and music. There is a reason behind its fame in this area—this city shows off the most concentrated square mile of arts and culture in the country. Cleveland’s prized Rock and Roll Hall of fame holds the world’s largest collection of musical instruments, album covers, and various rock and roll artifacts.
Read full story
California State29d

Santa Monica BeachImage by Foundry Co from Pixabay. If you are a beach person, beaches are always fun, no matter where they are. But some beaches, like the Santa Monica State Beach, stand out in splendor and—if you are someone looking to have raging fun—amusement. This beach is at the head of the state’s tourist attractions because it falls within the California State Park.
Read full story
Washington, DC29d

Looking for a weekend off to weigh that work pressure down? Washington, DC can offer you a memorable weekend getaway! With friendly sites to enjoy, they're great for any traveler from the solo adventurer to a large family.
Read full story
Philadelphia, PA29d

Philadelphia has received a big share of awesomeness through the years, which means you will never be bored in this exciting city. While there are many things to do in Philadelphia on your first visit, it would be disappointing to miss the historic landmarks that make it the first World Heritage City in the United States. Undoubtedly, the present-day version of this city is as modern and futuristic as any. However, its historical richness shines right through! You will come across various things at many places in Philly that prove its rich heritage.
Read full story
3 comments
Florida State29d

Miami, a great tropical city at the bottom of Florida, is one of the most famous vacation destinations in the world. The city is known for its metropolitan life as well as colorful, culture. It's got beaches, culinary delights, and nightlife that is out of this world. While you can't go wrong choosing Miami as your destination, here are the ten most famous places you should consider visiting in Miami:
Read full story
1 comments
Sacramento, CA29d

Sacramento is a blend of different cultures. With such diversity, this city offers the joy of shared experiences in the best of ways. And the food is doubtlessly one of the best things to come out of it. There is no surprise that the people of Sacramento are very foodie. This means that you will find mouthwatering food to munch on at every corner of this city!
Read full story
Indianapolis, IN29d

When the sun dims down, Indianapolis lights up with dynamic nightlife. You can spend the night dancing your feet off, having drinks with friends, listening to electrifying music, or having a classy late dinner with a special someone. Then there are comedy clubs if you are in the mood for a fun night with good company. Similarly, if you want to catch a game with a bottle of beer, Indianapolis has got you covered.
Read full story
Seattle, WA29d

Seattle -- the city of rains and thunderstorms -- is famous for its amusingly dreary atmosphere. This seaport city in Washington State draws certain expectations from people who plan on giving it a visit. Its intimidating skies, lush evergreen forests, and endless parklands do not fail to make a lasting impression either. In addition to that, Seattle parades various exquisite attractions as well. And these include museums that will leave you utterly fascinated!
Read full story
2 comments
Portland, OR29d