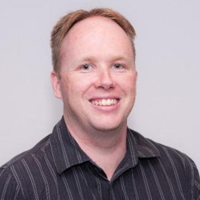 I love the stories that sports give us, and my mission is to help make the internet a better place by sharing stories, history, and educational pieces that will help people learn something new, be entertained, or both. I write about Formula 1, Manchester United, and the New York Yankees. Mainly.

After getting back in form last time out, Pierre Gasly is looking to build on his Monaco momentum this weekend in Baku.

Despite having bad luck in Azerbaijan during his F1 career, Gasly has one podium to his name there from his time in GP2, and will hope to add a second this weekend.

“We come to the Baku race after what was an excellent weekend for us in Monaco, when I was always in the top ten in all sessions, and then sixth in qualifying, my best of the season which I think was a very strong performance. Then I finished sixth, having Lewis behind me for the entire race. During the race, you don’t really think about who is driving the car behind you, although of course I knew it was him. But I understood there was really no way for him to get by and it would all come down to the pit stop. I just had to focus, concentrate on my driving and the team also played its part with the strategy in keeping him behind. So I am satisfied, as it was important for the team to find our true performance level again and to have a clean weekend, which is complicated in Monaco as it’s a tricky circuit. But we managed it and that delivered our best result of the year so far. It was also really cool to race with fans again at the track, especially as there were many French people there as it was Monaco, so I felt more support than usual. It was a real pleasure to interact a bit with fans, even if was not yet a full-size crowd.

“Since then I have spent some time in the simulator in the UK and then I headed off to Baku via Dubai. It’s a lot of travelling but it’s all for a good cause because we are heading for a very busy part of the season. I’d say Baku is a really unusual track and it has something in common with Monaco, being a street circuit in the centre of a town, so it’s not a normal sort of track. That means you have to set up the car a bit differently. You run with much lower downforce than in Monaco, and the corners are much slower in Baku, but it is similar in terms of grip and in some other characteristics, and we will be using the C5 softest tyres again. The lack of surface grip and the low downforce means it is not a straightforward challenge and it is difficult to find the best set up for the car with the long straight that means the tyres and brakes lose temperature a lot and there are other factors to take into account to get everything out of the car over one lap and also in the race.

“I quite like the circuit, I finished second in GP2 a few years ago but in F1, although I was quite competitive, I have always had some bad luck, but I plan to change that this week. I hope we will be able to perform at a similar or even better level than in Monaco,” said Gasly.

For Gasly’s teammate Yuki Tsunoda, it will be his first time racing any car around the streets of Baku, and it is an opportunity he is looking forward to having sampled it in the simulator this week.

“Baku will be another new experience for me and I should benefit from some lessons learned in Monaco, another street circuit. My plan building up to the race in Monaco was to maximise the number of laps I did in practice, but unfortunately in FP2 I hit the wall and for me that was the main downside of the last weekend. Even though I didn’t feel that I had lost confidence because of the crash, in Qualifying that last bit of confidence, for example in the fast corners, is very important so I learned an important lesson, especially for street tracks, not to go into the wall!


“I really enjoyed my first time in Monaco, it was a fantastic experience and really fun up until that moment in FP2. In general, after five races now, I am feeling more familiar with the race weekend, there are less surprises and I feel more in control and I’ve got used to some of the things that surprised me earlier in the year, like all the media work at races on a Thursday. It was using up a lot of my energy but now I am more comfortable with everything which is a positive thing.


“The technical aspect is still quite challenging, especially as in the current situation I have been struggling a bit with the car set-up. I believe that is normal as I have only done five races, but the important thing is that I am learning a lot about the car. My mindset is fine, I’m in good shape and things are going in the right direction. There is still some pressure, but I am enjoying every minute of being a Formula 1 driver and there is always something new to deal with at every new track. In Monaco, there was even the new experience of seeing fans and hearing them calling the names of the drivers, which felt really crazy.


“This week is Baku, I have never raced there before but I have driven it on the simulator of course. Most of the corners seem to be 90 degree turns and almost all the corners are taken in similar speed range so it will be interesting. It’s another street circuit, but it looks as though it might be a little bit easier to adapt to than Monaco. Hopefully I will be in a better situation there. Again, I will try and do as many laps as possible and my main aim will be to make sure I don’t get too close to the walls in practice and Qualifying. I will take the Monaco experience and everything I learned there and apply it in Azerbaijan.


“I am pleased with the definite progress made by the team with the car since the beginning of the season. It’s true the results have not come together yet and I am on a steep learning curve. I spend as much time as possible talking with my engineers to learn more and I hope that will help me continue to make progress through the season,” concluded Tsunoda.

I love the stories that sports give us, and my mission is to help make the internet a better place by sharing stories, history, and educational pieces that will help people learn something new, be entertained, or both. I write about Formula 1, Manchester United, and the New York Yankees. Mainly.

Lewis Hamilton revealed earlier this year that he only drives around 20 laps a year in the Mercedes simulator. In spite of his past reservations, Hamilton appears to have changed his mind, with Toto Wolff revealing Hamilton’s views have changed, given the tight title race with Red Bull.
Read full story
3d

Has Daniel Ricciardo rediscovered his best form? With his fifth-place finish at Silverstone, he had his best finish of the season, and McLaren’s Andreas Seidl said the team were pleased with his progress.
Read full story
6d

Andrew Shovlin, Mercedes trackside engineering director, believes Lewis Hamilton might not have won his eighth British Grand Prix if the race hadn’t been stopped after he and Max Verstappen collided on the opening lap.
Read full story
6d

A ringing endorsement of the F1 Sprint Qualifying Race was given by Formula One boss Ross Brawn at the conclusion of the British Grand Prix. F1’s first sprint qualifying event took place at Silverstone on Saturday, which determined the grid for Sunday’s Grand Prix. On Friday, the traditional qualifying session took place, setting the grid for the 17-lap sprint.
Read full story
8d

Lewis Hamilton has put his collision at Silverstone down to a racing incident, stating ‘there’s rarely an incident that’s 100% someone’s fault’ and hopes that the racing between the two main protagonists for the 2021 championship will stay hard but fair as the season approaches the half way point.
Read full story
8d

Lewis Hamilton took his eighth British Grand Prix win with a courageous drive in front of a full-capacity crowd at Silverstone. Hamilton and Max Verstappen collided on the opening lap when fighting for the lead into Copse Corner, with Verstappen hitting the barriers and Hamilton suffering damage to his wheel rim.
Read full story
1 comments
8d

Championship leader Max Verstappen and Lewis Hamilton came together at the start of the 2021 British Grand Prix in an incident that saw the Dutchman have a high-speed crash that red-flagged the race.
Read full story
8d

Podium For Charles Leclerc At Silverstone

Ferrari has enjoyed their best performance of the season, and will leave Silverstone with a podium for Charles Leclerc and a big points haul as Carlos Sainz fought his way up to sixth.
Read full story
8d

A slow pit stop has potentially cost Lando Norris a podium at his home grand prix, as it opened the door for an undercut from Valtteri Bottas, with the Finn taking full advantage.
Read full story
8d

Double Points For Alpine F1 Team In Battle Of Britain

The Alpine F1 Team claimed a double points in the British Grand Prix after Fernando Alonso and Esteban Ocon battled to seventh and ninth place respectively in a thrilling race at a packed-out Silverstone. The result means Alonso stretches his points-scoring streak to five races with Esteban returning to the points for the first time since Monaco.
Read full story
9d

Lewis Hamilton was jumped at the start of the inaugural F1 Sprint Qualifying Race by Max Verstappen and despite fighting back strongly, couldn’t make the pass and will start tomorrow’s British Grand Prix in second position.
Read full story
9d

After going wheel to wheel with George Russell in the opening stages of the F1 Sprint Qualifying Race, Carlos Sainz found himself down in 19th place and staring down the barrel of a long Sunday on tomorrow’s main race.
Read full story
9d

In the first-ever F1 Sprint Qualifying Race, both McLaren drivers moved up the order, getting past the Red Bull of Sergio Perez, and go into tomorrow’s ready to battle fourth-place finisher Charles Leclerc, and perhaps even pick up a podium in their home Grand Prix.
Read full story
9d

The Alpine F1 Team will start tomorrow’s British Grand Prix with both cars inside the top ten on the grid after a sensational F1 Sprint Qualifying Race performance from both Fernando Alonso and Esteban Ocon.
Read full story
10d

McLaren was happy with their performance on Day 1 of their home race at Silverstone, and head into the first F1 Sprint Qualifying Race with their drivers in 6th and 7th on the grid.
Read full story
10d

Charles Leclerc has qualified in fourth position for the F1 Sprint Qualifying Race tomorrow, finishing ahead of Sergio Perez from Red Bull, and the fast-charging McLarens. It was a good qualifying for Scuderia Ferrari with both its cars making it through to the final phase, on a track that is very demanding for car and driver.
Read full story