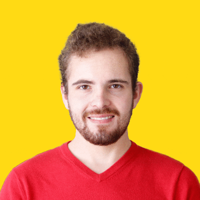 After coming face to face with a violent nude guy who came into his house and murdered the family pets, a Los Angeles homeowner is in shock.

Mat Sabz was alone at his Los Angeles home on Thursday afternoon when his wife phoned to inform him that security cameras had captured a nude guy breaking into their house.

“I see a guy below who is eye to eye with me. ‘Hey, what are you doing?’ I said, raising my voice and pointing at him “Sabz told FOX 11 that

However, the nude invader was not deterred by the encounter.

“He didn’t go anywhere. He stared at me and said, “This is my house, what are you doing here?” Before I could respond, he added, “I’m calling the cops.” And I immediately understood that this is not a guy with whom you want to continue interacting “Sabz said.

Mat bolted into a room, while the intruder returned downstairs and made himself at home, swimming in the pool and putting on clothing.

After then, the suspect saw the homeowner’s two parakeets.

“He grinned at them at first, like a serial murderer. He stepped on them after putting his hands near them. The other bird was aware of the situation. He performed the same thing with the second bird, as you can hear the bird screaming. And when we witnessed how he murdered these two innocent creatures, it changed everything.”

While on the phone with 911, upstairs Mat fled the home by leaping over the balcony and onto his vehicle.

The intruder was quickly apprehended by neighborhood security.

“Who knew what this man could have done to my family if they were home.”

Paul Kiyan, 34, was identified as the suspect by Beverly Hills Police. He allegedly gained entry to the home by stealing a garage door opener from an unlocked vehicle. Kiyan is accused of burglary and animal abuse.

Is it the church’s place to snitch on its own congregation members? Well, that's exactly what happened to this Los Angeles man after sharing selfies of him at the riot on a church group.
Read full story
1 comments
Los Angeles County, CA1d

No Vax No Pass: These L.A. restaurants hired bouncers to keep the unvaccinated out

More restaurants and bars are asking clients to provide evidence of COVID-19 vaccination due to concerns about the Delta variant and a recent increase in illnesses in Los Angeles County.
Read full story
21 comments
Los Angeles, CA3d

A 24-hour rowing competition in Los Angeles collected money for a good cause: assisting children with cancer. Deputy Aaron Scheller of the Los Angeles County Sheriff’s Department is interested in the case since his daughter was diagnosed with cancer at the age of 2 1/2 and has now been cancer-free for three years.
Read full story
Los Angeles, CA4d

The homeless are seeking 'human kindness' not an authoritarian city council

A contentious new anti-camping legislation has been hailed as a tool that would enable Los Angeles to clear up some long-standing homeless encampments while simultaneously guaranteeing that those who live there get housing.
Read full story
3 comments
Los Angeles, CA7d

Check if you qualify for the LA County Guaranteed Income Program

Will a guaranteed income plan fix Los Angeles? The Los Angeles County Board of Supervisors overwhelmingly authorized a three-year pilot program on Tuesday that would give $1,204 per month to 150 county residents aged 18 to 24.
Read full story
3 comments
Los Angeles, CA8d

Do Trump's allies just have a target on their back or what? Following his arrest in connection with a federal indictment accusing him and two others of illegally lobbying on behalf of the United Arab Emirates during the 2016 presidential campaign and beyond, Thomas Barrack, who chaired President Donald Trump’s inaugural committee, was granted a bail package in Los Angeles federal court that included a $250 million bond secured by $5 million in cash.
Read full story
10 comments
Los Angeles, CA10d

The goal of SkidRow Fashion Week is to help those in Los Angeles transition out of homelessness by showing off one T-shirt at a time. They are, or they aspire to be, the creators of something new where they create jobs for homeless individuals to make designer streetwear.
Read full story
1 comments
Los Angeles, CA11d

It is important to understand your rights if you are pulled over by the police in Los Angeles or anywhere you go. It’s also important that you react in a manner that doesn’t make things worse. Keep your cool, be courteous, and let the police do the talking, replying only when necessary.
Read full story
27 comments
Los Angeles, CA11d

Maybe Donald Trump was right all along. $600 is simply not enough. Not enough for America, and NOT enough for Angelenos. The numbers just don’t add up. I mean, maybe in a state like Mississippi or Arkansas, but most definitely not in California. And most certainly not in Los Angeles. As one mom puts it: “It doesn’t even cover my child’s dental costs.”
Read full story
25 comments
Los Angeles, CA12d

Yet another spike in housing prices… In just a week. Are you kidding me? I don’t know what L.A. real estate agents have been up to these months, but it is a good time for a Korean spa day to calm the tension if you asked me.
Read full story
23 comments
Los Angeles, CA13d

Uhm, let's start with the basics: Every other word we say is "like," and we don't realize it until someone who isn't from Los Angeles brings it out to us. Our pride in our city is strong, but it pales in comparison to a more specific devotion. When a Los Angeles-based team wins a title, the whole city erupts in a riot. If you sit down in a bar next to a man who was born and raised in Los Angeles and ask him where he’s from, he won’t respond he’s from Los Angeles. That’s a Santa Monica native. Or Culver City, West Hollywood, or any of the other cities that make up the megalopolis of Los Angeles.
Read full story
2 comments
Los Angeles, CA13d

For Los Angeles newbies like myself, it is so easy to make a couple of ‘bad turns’ in search of that perfect tofu restaurant. Here are some blocks in Los Angeles I found out the hard way to avoid like the plague if you know what’s good for you.
Read full story
69 comments
Los Angeles, CA17d

Los Angeles, I often say, is like that shy buddy who takes a long time to open up but once it does, it will surely inspire you with its beauty. Sure, there are several must-see sites in the City of Angels that everyone wants to see. Most people go to the Hollywood Walk of Fame, Universal Studios, or Disneyland, among other things.
Read full story
7 comments
Los Angeles, CA17d

According to the California Association of Realtors, the median house price in Los Angeles County increased by 28.5 percent from last June. It’s been a stratospheric increase, priced out of the market for the ordinary household.
Read full story
42 comments
Los Angeles, CA18d

Some Los Angeles residents may receive a bigger stimulus check than others. Thanks to the second part of the Golden State Stimulus, more Angelinos may anticipate a $600 or $1,100 stimulus check.
Read full story
83 comments
California State20d

The Board of Supervisors of Los Angeles County agreed Tuesday to draft an apology for the region’s past mistreatment of Native Americans. Hilda Solis, the supervisor, said that healing required speaking the truth.
Read full story
10 comments
Los Angeles, CA20d

Everything we know about the next stimulus payment and what Los Angeles can expect: According to a budget agreement announced by Gov. Gavin Newsom on Monday, millions of Californians earning between $30,000 and $75,000 per year may expect to see $600 in their bank accounts this fall.
Read full story
90 comments
Los Angeles, CA21d

The City Clerk confirmed Tuesday that a recall petition for Los Angeles Councilman Mike Bonin has been authorized for distribution. Bonin was issued with a recall notice on June 15, making him the second council member in less than a week to face a recall attempt, after Councilwoman Nithya Raman. On Friday, the City Clerk authorized a draft petition seeking Raman’s recall.
Read full story