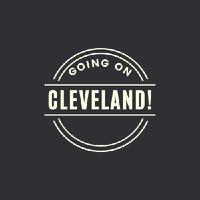 Lorain man sentenced to 15 years for possession of ammunition

This was not his first offense. In September 2020, a federal jury convicted Mickel of being a criminal in possession of ammunition.

According to evidence and court documents presented at trial, on January 4, 2019, Mickel was sentenced to 3 years of community control supervision after a conviction for domestic violence in the Lorain County Common Pleas Court. Ohio Adult Parole Authority (APA) with Parole Officers received a piece of trustworthy information that Mickel was in possession of a firearm In November of 2019. And he tested positive for THC, a violation of the conditions of his supervision, on November 21, 2019.

As a result of this development, APA Parole Officers searched Mickel's place and located 16 grams of presumed marijuana and 32 rounds of 9mm ammunition on November 26, 2019. He was then charged with one count of unlawful possession of ammunition and arrested.

Recycle your old tires at the Canton Recycle Center

WAYNE COUNTY, OH - If you have old tires just sitting around in your house, it's better for you to drop them off at the Canton Recycle Center and recycle them. According to the U.S Environmental Protection Agency (EPA), the U.S generates approximately 290 million scrap tires every year. Scrap tires can take up space in the landfills and it is harmful to the environment. The law in Ohio prohibits landfills from accepting any scrap tires, and it is also illegal to burn or dump tires in the State of Ohio.
Read full story
Cleveland, OH5h

CLEVELAND, OH - The Cleveland Museum of Art is accepting applications for Digital Project Intern. The department of Digital Innovation and Technology Services is looking for a student with proficiency in technology. This part-time job is looking for someone who is a 3rd or 4th-year undergraduate student with experience in computer science, UX/HCI, or Art History. Digital Project Interns will collaborate with museum staff for digital projects at the museum, including documentation, QA tasks related to the installation of Revealing Krishna, administrative work on the museum's website redesign project, and update the ongoing interactive digital project museum's ArtLens Gallery.
Read full story
Wayne County, OH6h

MENTOR, OH - Mentor Public Library is organizing yoga for kids ages 3-6. on August 12, 2021 at 11:00 a.m. to 11.45 a.m. The location is at the Campus Main Lawn. Mentor Public Library has done the Yoga session for kids for some time, and the last yoga session was in July, and kids loved it. Darlene Kelbach, a certified yoga instructor, will lead the yoga session. The yoga session will include a breathing and movement exercise with a story and music to make it more fun.
Read full story
Cleveland, OH1d

CLEVELAND, OH— 4 days ago, storms were seen in some parts of Ohio. Cleveland Public Power on their website shares these life-saving tips on how to keep you safe during storms.
Read full story
Cleveland, OH1d

Want some cocktails to quench your thirst? Here are several places to try

CLEVELAND, OH - Since Cleveland has a reputation as a craft brewery capital, it shouldn’t come as a shock to know that Cleveland has bars that can quench your thirst for some alcoholic beverages whether you're in the mood for a grasshopper, martini, mimosa, screwdriver, or White Russian.
Read full story
Akron, OH3d

AKRON, OH — The independent Association of Zoos and Aquariums (AZA) Accreditation Commission has recently awarded the Akron Zoo a “clean” accreditation inspection report. The accreditation was given after a thorough evaluation and inspection of the zoo’s operations conducted by inspectors from The AZA.
Read full story
1 comments
Lorain County, OH2d

The City of Lakewood is looking for volunteers for boards member

LAKEWOOD, OH - The City of Lakewood is looking for volunteers to become Board and Commissions members to help connect with the community and advise the local government. The open positions are Audit Committee, Citizens Advisory Committee, Community Relations Advisory Commission, and City Records Commission.
Read full story
Cleveland, OH3d

How to make Beer-Braised Sausages and Classic Sauerkraut.

CLEVELAND, OH - Friends coming over to your place for dinner and you don't know what to cook? No need to worry because here, we will show you how to make beer-braised sausages and classic sauerkraut. An old Ohio favorite from Cleveland Kitchen.
Read full story
Cleveland, OH2d

CLEVELAND, OH – On July 30, The City of Cleveland issued a notification for property owners regarding the initial phase of the East 66th Street construction project. The notification is signed by Richard J. Switalski, the Administration Bureau Manager at the Division of Engineering and Construction, on behalf of the City.
Read full story
Painesville, OH2d

PAINESVILLE, OH – Efficiency Smart, Painesville’s partner for electric efficiency, is opening back their Appliance Recycling Rewards program for the people residing in Painesville. They will pick up old or unused household electric appliances to be recycled in exchange for $100.
Read full story
Akron, OH2d

CLEVELAND OH - Veranda L'Ni, Cleveland's tallest drag entertainer and Cleveland Magazine Most Interesting People of 2021, will be hosting Drag Queen Story Hour for kids and adults at the Near West Theater on August 7, 2021, from 11.00 a.m. to 12.00 p.m.
Read full story
Lorain, OH3d

LORAIN, OH - Lorain Public Library System will be distributing 50 free science kits from the Center of Science and Industry on Wednesday, August 4, during their Solar Powered Crafts program at the Little Library on the Lakeview Park in Lorain from Noon to 01.00 p.m.
Read full story
Cuyahoga Falls, OH3d

CUYAHOGA OH - The Black Crowes event rescheduled to August 4, 2021, at Blossom Music Center from the original date of August 18, 2021. Original tickets are still valid. The Black Crowes will be performing the band's 1990 hit debut album, "Shake Your Money Maker," at Blossom Music Center. This album has earned them the title of The Most Rock 'n' Roll Rock 'n' Roll Band in the World from Melody Maker. This will be the band's first tour since 2013 and mark their 30th album anniversary.
Read full story