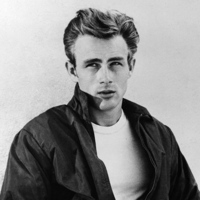 Jack is a freelance writer and editor who loves to inspire others with his words and also share interesting stories to the world.

We are truly living in a different time and age. The gatekeepers are out. All you need nowadays is to become famous and you can leverage that fame into riches.

We just witnessed that tonight with the bout between undefeated champion Floyd Mayweather and YouTuber Logan Paul. The fight lasted eight rounds and weirdly, there weren’t any judges to decide. That means there was no clear winner (although it was clear that Mayweather was kidding around the ring).

With Mayweather coming out of a 5-year retirement and a clean record to his name, it looks almost comical to watch him fight a famous internet prankster. It would’ve been a fight if he was fighting another boxing champion like Manny Pacquiao.


However, Mayweather keeps proving to the world that sports these days isn't about competition and sportsmanship. It's now all about money. With an opportunity for a big payday, the flashy cash-flaunting Mayweather could never pass up on this.

Mayweather himself said on a show in May;

“I would [rather] have the currency than the legacy, my legacy is already engraved in stone.”

He further revealed that he made over $650 million dollars in the fights between Manny Pacquiao and Conor MacGregor. These two fights alone pushed his net worth to over $1 billion dollars.

Logan Paul, on the other hand, has proven that anyone can leverage their fame to untold riches. He currently has over 66 million followers on social media and is already a multimillionaire at age 26. With a net worth estimated at $25 million dollars, his financial future clearly is bright.

Pay-per-view revenue was estimated to reach $180 million and Mayweather gets 50% of that figure. Logan Paul gets a 25% share.

While it is clear that Mayweather could never stain his record for a real boxing match, critics keep asking if he’s killing boxing’s reputation with ‘exhibition games.’

The fight ended, with boos coming from the crowd as they expected to see a real show. Instead, all they got was a light sparring session with Mayweather unwilling to risk ruining his flawless record by opening himself up to a lucky punch.

One thing remains clear, sportsmanship is dead. It's all about the money now. And no matter what anyone says, both Mayweather and Logan Paul are laughing their way to the bank.

Jack is a freelance writer and editor who loves to inspire others with his words and also share interesting stories to the world.

10 Signs To Know If You Are In A Healthy Relationship

You know you should be saving money… but when you stop to think about it, you start wondering, what on earth is it that you’re saving money for? After all, isn’t it better to enjoy your money now? You can’t take it with you (as you hear people say all the time).
Read full story
1d

9 Billionaires Who Lost All Their Fortunes and Went Bankrupt

A billion dollars is such a ridiculous amount of money that our tiny brains can't really comprehend just how much money it is. It's hard to imagine how people become billionaires, but even stranger is how some billionaires lose it all. Below are 9 billionaires who lost all of their entire fortunes.
Read full story
1d

You know those months when the budget is pretty tight, or when you’ve been longing after that awesome pair of something you've wanted for a while?. An extra $1000 could really go a long way to making that happen for you. But if your job is one where there’s no opportunity for overtime and you’re set in your wage, or if you don’t have a job and income is limited, making that extra money can be a difficult thing to do.
Read full story
2021-06-28

The ever-increasing standards of living have made saving money even more difficult than it was 10 years ago. Saving money does sound like a pipe dream for most people who are surviving paycheck to paycheck. But the good news is, it’s not impossible.
Read full story
2021-06-26

Seattle is known as the headquarters of the ecommerce behemoth Amazon. But what about its talents? Seattle surely has a huge impact in shaping the culture of the United States and the world, with many famous people calling this city home. Below are ten famous people who were born in Seattle.
Read full story
New Orleans, LA2021-06-22

How New Orleans Got the Nickname "Big Easy"

New Orleans is a vibrant city that go by many names — NOLA, Crescent city, N’Awlins and popularly as The Big Easy. Today, we are going to look at the origin of the famous nickname “The Big Easy”. The origins of the nickname "The Big Easy" is quite as colorful as the city itself.
Read full story
1 comments
Kentucky State2021-06-21

Ten Famous People That Where Born In Kentucky

Known for horse racing and bourbon and, off course, the Kentucky Fried Chicken, this state has produced a lot of iconic talents. From the Abraham Lincoln to boxing icon Mohammed Ali and Hollywood A-listers, Kentucky is a force to reckon with, Below are 10 famous people born in Kentucky.
Read full story
9 comments
Oklahoma State2021-06-15

15 Famous People Who Come From Oklahoma

Known as the Sooner state, Oklahoma is a force to be reckoned with among US states. Well known for its college football team 'The Sooners' and an NBA team, Oklahoma has proven that they produce talents. But its not limited only to sports.
Read full story
3 comments
2021-06-06

If you’re visiting or moving to DC for the first time, there’s a chance you will find some streets that have very interesting names. If you’re Washingtonian, it shouldn’t be anything new. But for the rest of us, here are some crazy DC street names and how they came about.
Read full story
2021-06-06

Orlando is a beautiful city. It is one of the most visited US cities with over 75 million visitors per year. Though being famous mainly because of the Walt Disney World resort, Orlando has so much to offer in terms of talent.
Read full story
2021-06-01

When it comes to dating, it gets really difficult for shy guys. Shy or introverted guys always lurk in the shadows afraid of attention. They may meet their dream girl but lack the courage to approach her and talk to her.
Read full story
New York City, NY2021-06-01

How Chicago Got the Nickname "The Windy City"

On a particularly blustery February South Side day, it is easy to understand why the city of Chicago has the nickname of the “Windy City.” After all, it has one of the roughest winters of all major American cities, and it does get pretty regular gusts.
Read full story
New York City, NY2021-05-28

New York CityPhoto by Vidar Nordli-Mathisen on Unsplash. It's world-famous. In movies, in books, on clothing, and just about everything else you can imagine, New York City is definitely the most famous city in the world. And being the melting pot of all cultures means New York also has a lot of interesting/weird things you might want to know about.
Read full story
New York City, NY2021-05-28

How New York City Got the Nickname "The Big Apple"

New York City goes by many nicknames such as "the city that never sleeps" "the great American melting pot" "Gotham" and most popularly "the big apple." But why is New York called the big apple instead of the big pigeon considering there are more pigeons in New York than apple trees?
Read full story
2021-05-20

Mariah Carey recorded “All I want for Christmas is You” in 1994. That song has been making her money for 25+ years. So far, Mariah Carey has made over $60 million dollars from that one song, and every year, she makes around $500,000 from the same song. Talk about passive income!!
Read full story
2021-05-15

How One Photograph Helped Change the Course of History in America

The man depicted in the above photograph was an escaped slave named Gordon who was popularly known as Whipped Peter. He fled from a Louisiana plantation in March 1863 to a Union encampment in Baton Rouge where he gained his freedom. The picture above depicts the torture and abuse inflicted on enslaved African Americans by their slave owners.
Read full story
1010 comments
2021-05-07

Why You Need to Have Multiple Streams of Income

MoneyPhoto by <a href="https://unsplash.com/@sharonmccutcheon?utm_source=unsplash&utm_medium=referral&utm. If you’re like most people you have a job from which you earn an income and use it to pay your bills, mortgage, car payments, food, etc. And it's definitely a good thing. The world needs workers to produce the goods and services that we all need and use every day.
Read full story