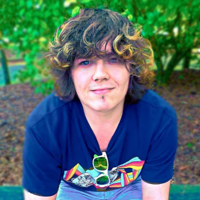 With a mission to inform, my articles will cover a breadth of topics ranging from travel & leisure to music and entertainment, as well as local news coverage wherever this stone may be rolling. I have a B.A. in English from SUNY Fredonia with minors in Psychology and Creative Writing, as well as an M.F.A. in Creative Writing from California State University, Fresno.

The Quality is No Hoax at Hoak’s Lakeshore

Summer cooking means grill cooking in Western New York and when the sun is out there is no better time to dine outside or on the lake. Known for their quality and some of the best surf and turf in the Southtowns, Hoak’s Lakeshore has been serving Hamburg, New York along Lake Erie only the best for decades.

The seafood specialties offer up a great deal of variety for diners as well. The shrimp plate comes fried or broiled, as does the scallop plate, or one could try the shrimp and scallop plate to sample both. The fried clam strips are a unique bite, while the Buffalo style fried shrimp come tossed in Buffalo sauce with a side of bleu cheese for a true taste of Western New York.

Two other supreme seafood plates exist at Hoak’s. The broiled cold water lobster tail dinner comes with soup or salad and choice of potato or slaw for the lobster-lover. The Alaskan king crab dinner comes with the same options, featuring three quarters of a pound of the crab delicacy.

Steak specialties are just as sought after at Hoak’s as the seafood, and each include choice of soup or salad and choice of potato and vegetable. The New York strip steak comes in at fourteen ounces, while the steak and shrimp features the same steak with four jumbo shrimp fried or broiled. The surf and turf is a monster of a plate, featuring the fourteen ounce C.A.B. strip steak and a ten to twelve ounce lobster tail.

The traditional dinners at Hoak’s feature the same accoutrements as steak dinners. The boneless chicken dinner comes in choice of sauce between BBQ, Cajun, honey mustard, or lemon pepper, while the broiled pork chops feature two eight ounce chops cooked to perfection with a side of applesauce.

When it comes to the quality of the ingredients at Hoak’s, one of the best ways to view their impeccable standards is through a salad off the menu. The salads are not small, in fact, most feature a beautifully grilled up slice of meat, like the seven-ounce strip steak loin or ten-ounce grilled chicken breast. Therein is the quality, the thick char along the perfectly plump protein, and the sheen of the wet lettuce and vegetables catching the lights above.

The freshness is right in front of the diner, always front and center, is the point. The falafel salad achieves the same effect, not featuring any meat at all but still gorgeously trimmed and prepared, for a true vegetarian option as well. The grilled shrimp salad features two grilled shrimp skewers for a pescatarian option, while the Julienne comes with turkey, ham, and roast beef.

All the classic Western New York sandwiches are present on the menu too, with the roast beef on kummelweck featuring home roasted C.A.B top rounds, and the original buffalo chicken sandwich available deep-fried or grilled with the original recipe dating back to 1988. The Reuben, hot roast beef and gravy, and corned beef sandwiches all come in the classic style of preparation, both excellent options, while the menu also flaunts the Hoak’s Famous Fish Sandwich on rye as one of the specials.

Hoak’s has a healthy stock of chicken sandwiches in general too. The Chicken Florentine comes grilled with spinach, mushrooms, mozzarella, and bacon, while the grilled chicken sandwich offers a more customizable experience with choice of sauce for a buck extra. The chicken cordon bleu is a must-try too, layered and coated with gooey Swiss cheese for an extra savory touch.

Hoak’s Famous Steak End Burger highlights a small portion of the menu for the loose ends on the menu entitled, “Burgers and other favorites.” The eight-ounce burger comes on kummelweck with the basic trimmings of lettuce and tomato for free, with onion, bacon, and cheese about three-fifty extra. The healthier option vegetarian breaded chik’n patty sandwich can also be found here, as well as chicken in the basket, four pieces of deep-fried chicken with coleslaw.

Appetizers at Hoak’s are a hearty mix of seafood and bar classics, like mozzarella sticks and beer-battered onions rings. Chicken wings can be found here in singles and doubles, with hot, medium, BBQ, and mild sauce options, while chicken fingers are in with the burgers and other favorites.

The shrimp cocktail and the peel and eat shrimp are solid choices for a treat from the sea. The clams are great too, available in a half dozen or dozen, but the coup de grace of the starters is the seafood stuffed mushroom caps. The earthy, just a pinch of salty goodness cooked into the veggie classic is downright mouth-watering.

Mainstay soups at Hoak’s keep the hearty and seafood elements in play, while the menu also features a rotating soup of the day. The French onion soup au gratin is a mind-bogglingly good blend of savory and salty, while the New England clam chowder is an undeniable masterpiece in terms of creamy good broth and wholesome flavor. The Manhattan clam chowder is only available on Fridays, but undoubtably worth setting the day aside for.

On Saturdays and Sundays only, Hoak’s does an amazing prime roast. The queen cut comes in at ten ounces, while the king goes up to sixteen. Both are served with chef salad and choice of potato, and should definitely be a new diner’s first choice if they are there on the weekend.

With a mission to inform, my articles will cover a breadth of topics ranging from travel & leisure to music and entertainment, as well as local news coverage wherever this stone may be rolling. I have a B.A. in English from SUNY Fredonia with minors in Psychology and Creative Writing, as well as an M.F.A. in Creative Writing from California State University, Fresno.

With a new year of hope ahead for Fresno State, the school’s beloved athletic program is also celebrating one of the most important milestones in the university’s history. Fresno State Athletics turned 100 years old this year, and alongside the announcement of no capacity limitations for sports events in the fall, the school plans to celebrate their achievement throughout the season as well.
Read full story
3d

In a time of recovery when proper nourishment for New York state students should be at the forefront of staying healthy in general, lawmakers in the state’s capital have achieved another step forward in ensuring all school-aged children and teenagers are fed.
Read full story
Buffalo, NY3d

New York State Governor Andrew M. Cuomo recently announced that fifteen million in funding from the New York state budget will be used to promote vaccination efforts in communities across the state, with the aim to expand public education on vaccinations and strengthen communication between a growing number of outreach efforts as well.
Read full story
Buffalo, NY11d

The Classy Country Cooking of J Peters Grill and Bar

A shot of the front entrance of J Peters Grill and Bar in Murrell's Inlet, South Carolina.Photo by J.M. Lesinski. When it comes to quality in big portion sizes, finding the perfect balance in more than one dish at a restaurant can be tricky. That is not the case at J Peters in Murrell’s Inlet, South Carolina, who have perfected in achieving a beautiful harmony of light and heavy flavors in hearty portions across a wide range of seafood and chicken bar classics, making them the ideal beach eat for lunch or dinner.
Read full story
3 comments
9d

A shot of Danny's South restaurant in Orchard Park, New York.Photo by J.M. Lesinski. For a good dinner in the South towns just up the road from the Bills stadium, everybody goes to Danny’s. Serving up steak, pasta, and all the dinner classics Buffalo-style, Danny’s South in Orchard Park, New York is one of the area’s biggest hotspots.
Read full story
3 comments
10d

While the COVID-19 pandemic continues to persist across the nation, lawmakers in New York continue to work to keep small businesses and families in need across the state taken care of through recent legislative action.
Read full story
3 comments
Lancaster, NY14d

A shot of West Main Street in Lancaster, New York.Photo by J.M. Lesinski. In a summer of new beginnings, Lancaster, New York was ecstatic to see the completion of a long-running state-funded project over the weekend. New York State Governor Andrew M. Cuomo recently announced the completion of the transformative street project on West Main Street in historic Lancaster, creating both a stunning extension to the downtown area and a pedestrian-friendly roadway for citizens.
Read full story
Tonawanda, NY17d

A shot of the front entrance of Acapulco Mexican Restaurant in Tonawanda, New York.Photo by J.M. Lesinski. The ingenuity of Mexican cuisine and immense popularity of tortilla dishes like the taco make them the ideal summer dinner treat. For truly authentic Mexican in Tonawanda, New York, everybody knows that Acapulco Mexican Restaurant cannot be beat.
Read full story
1 comments
18d

As climate change continues to rear its head across the nation, funding to reduce greenhouse gas emissions and fight climate change is being made more available in New York state.
Read full story
Houston, TX19d

Houston, Texas native DJ LUZCID poses for a photo celebrating his new collaboration, "Snow Melt."Photo by Mike Victorick. Teaming up for one of the newest releases on electronic music label SSKWAN, renowned DJs LUZCID and Liquid Stranger are excited to share “Snow Melt” with the world at last.
Read full story
19d

Though legislative sessions may have entered the slow period of the year for political matters, lawmakers in the state capital of Albany are still working away on new laws that are aimed at helping New York state citizens recover and thrive from the COVID-19 pandemic.
Read full story
Buffalo, NY20d

A shot of the main entrance to Taste of Buffalo food festival on Delaware Avenue in Buffalo, New York.Photo by J.M. Lesinski. One of the premier food festivals of the summer in Western New York, Taste of Buffalo, proudly celebrated its thirty-eighth year over the weekend. Located in the heart of downtown Buffalo, New York, the beloved celebration of all things culinary saw over two dozen food stalls run by over one thousand volunteers throughout the two-day event.
Read full story
23d

Queen of Heaven Carnival Comes Back with a Bang

As dining out at restaurants resumes as a part of everyday life, a critical lifeline to restaurants and bars during the pandemic has been extended to help bolster the number of servable patrons in line with state recovery efforts.
Read full story
Alden, NY25d

Diving into the Tastes of Summer at Blackwater Tavern and Tap

A shot of the front entrance of Blackwater Tavern and Tap in Alden, New York.Photo by J.M. Lesinski. Eating good and feeling good often go hand in hand and the importance of healthy dining cannot be overlooked for anyone this summer. Offering a great variety of health food options, some matchless area chicken dishes, and six-dollar burgers on Sundays, Blackwater Tavern and Tap in Alden, New York has become a much-loved favorite for Western New Yorkers.
Read full story
Murrells Inlet, SC25d

The Wood-Fired Wizardry of Bovine’s