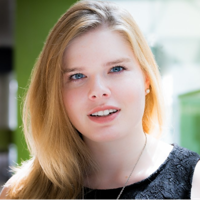 And we’re all for it.

These were the standout humanitarian messages at the Miss Universe 2021 National Costume Show that was held at the Seminole Hard Rock Hotel on May 13th in Hollywood, Florida.

In February, the military junta seized power in Myanmar, and since then the amount of violence and death has become a humanitarian crisis.

Miss Universe Singapore came out on stage in what seemed to be an ode to her nation’s flag, only to turn around to show the message, “Stop Asian Hate” in response to the rising hate crimes against Asian people during the COVID-19 pandemic.

Miss Universe Uruguay wore a piece that highlighted the continual discrimination suffered within the LGBTQIA+ community, calling for love and acceptance of all people.

These are all important, valuable social justice issues that must be focused on and addressed. For these pageant contestants to take this opportunity to use their platform for increased awareness and advocacy is a truly beautiful thing to see.

Beauty and brains are not contradictions.

And if you believe they are, it’s because you’ve bought into the toxic narrative our misogynistic world is trying to shove down our throats.

They have a platform, a heart for social justice, and a message — and they’re not afraid to make you uncomfortable for the greater good.

For decades, contestants for pageants like Miss Universe have been ostracized for sharing messages of “world peace”, insinuating that they were just saying pretty words to win over the crowds.

This offensive narrative expresses that it was ridiculous for a person who is considered ‘aesthetically pleasing’ to actually care about politics and the state of the world.

But that misogynistic narrative is complete and total bull.

These women are advocating for their homelands and cultures, ones directly impacted by violence, death, and civil unrest.

Being involved in pageants doesn’t take away that personal connection, nor a human being's desire, to advocate for the world being a safer, more equal place.

Social consciousness is an expected precedent for all.

Following the 69th Miss Universe pageant last week, where Miss Mexico Andrea Meza was crowned, Miss Universe Singapore took to Instagram to further spread her message of tolerance and stopping the extreme xenophobia that has been spreading globally.

Just one example comes from the US, where 6 Asian American women were killed at a spa in Atlanta on March 16th of this year.

“What is this platform for if I can’t use it to send a strong message of resistance against prejudice and violence! Thank you #MissUniverse for giving me this opportunity!!!”

In the case of pageant contestants, they’re really in a lose-lose situation.

If they were to say nothing, they would be chastised for avoiding important and relevant world issues. But when they do speak out, they are accused of being insincere or not being ‘experienced’ enough to speak on political matters.

This double-standard exists as an extension of the patriarchal society we live in, that demands more and more from women, never seeing their actions as ‘good enough’.

I was proud to see these women using their platform as an opportunity to advocate for a better, more tolerant world. As is the belief here at Fearless She Wrote, activism starts with opening dialogue and creating important, life-changing conversations.

These women are an inspiration, and I look forward to seeing where the Miss Universe pageants go moving forward in terms of active, intentional social activism on that stage, speaking powerfully to a global audience.

90% of People with PTSD Will Suffer from Insomnia

When sleep is key to good health, a PTSD diagnosis can be a massive threat to overall wellbeing in more ways than one. As someone diagnosed with PTSD several years ago, I started researching my symptoms a little more after having some trouble sleeping recently.
Read full story
4d

Domestic Violence Increased by 50% During the Pandemic

This has been a trend happening all over the world, and it needs to be paid attention to. I am a sexual assault survivor, and a survivor of an abusive relationship. My abuser was the one who sexually assaulted me.
Read full story
4d

Only 4/10 US Men Identify Partially with Feminism

When equality requires all parties to be active in the conversation, this is not an empowering statistic. As a woman who identifies with the title of 'feminist', I have seen plenty of resistance from men online and in my life in identifying with the title themselves.
Read full story
7d

And we shouldn't expect that trend to drop anytime soon. The pandemic has been a challenging time for everyone, especially for those who are attempting to navigate relationships.
Read full story
1 comments
5d

Only 1/3 of Sexual Assault Survivors Report their Attacks

And why this is a statistic that won't be going anywhere anytime soon. It is reported by RAINN that out of every 1,000 sexual assaults, only 310 of them will be reported. That leaves another 690 assaults that are never brought before police.
Read full story
7d

This highlights just how important it is to have accommodations and flexibility in the workforce. Let’s get this out of the way right off the bat — life is not fair. Life is not just.
Read full story
6d

70% of the Workforce is Looking to Make a Career Change

Why some of the reasons for this statistic are valid, while others are misinformed. We spend 50% of our waking hours at our job or investing time in our careers -- and that's just the 9-5 jobs. For anyone who clocks extra hours at their jobs, this percentage just goes us.
Read full story
8d

How the pandemic has shown us why remote working can change physical and mental health for the better in many industries. A 2018 survey of over 3,000 people predicted what 2020 would confirm for us once and for all -- 97% of people in the survey noted that they believed more flexibility in their jobs, including part-time or full-time remote working, would "hugely" and "positively" impact their lives and mental health.
Read full story
19d

Why Survivors of Abuse Will Change their Physical Appearance

Airplane Seating is Accommodating Women's Biological Structure Less and Less, and It's a Gendered Issue

As the world is opening back up, many are preparing for travel in the near future. Plenty of travel we can expect in the near future will include flying on airplanes. That said, we're seeing a disheartening trend as planes continue to be reworked over and over to accommodate more passengers, and thus create more income potential, while reducing space and comfort for passengers.
Read full story
11 comments
21d

This statistic is a startling reminder that the trauma suffered by survivors does not receive the attention it deserves. As a sexual assault survivor myself, this statistic really hits home. In particular as I have also been diagnosed with PTSD due to the assault I suffered.
Read full story
21d

Every 63 Seconds an American is Sexually Assaulted

This crime is the most underreported in the world. Since the #MeToo movement came to the forefront in 2017, survivors of sexual assault have been speaking more openly about their experiences and the trauma suffered due to sexual violence.
Read full story
1 comments
26d

1/5 Students are Bullied in School, According to Statistics

This is a relatable event for many. The National Center for Educational Statisticsreleased statistics in 2019 that stated 20.2% of students reported being bullied. Male students reported higher levels of bullying than females in general, and 41% of said students reported that they felt bullying would happen again for them. That same 1/5 students expressed that they were predominantly cyberbullied.
Read full story
26d

The dangers of taking your eyes off of the road for just one second cannot be overemphasized. When we see that over 1.6 million car crashes are a result of texting and driving annually, we can't brush such a statistic under the rug anymore. That is a massive number of accidents. And keep in mind, this is not the number for how many people text and drive, but rather the one that resulted in crashes.
Read full story
26d

And why there's no better time than now to make the shift. In a survey conducted by the University of Pheonix Business School, it was found that 73% of US workers in their 30s reported wishing that they could make a dramatic career change. That percentage has grown by 10% from results drawn from the same survey in 2013, where the reported number was 64%.
Read full story
2021-06-30

As high as 30% of war veterans and firefighters will develop PTSD symptoms in their lifetime, and they're not the only ones. More and more, the mental health and well-being of veterans and service people is being discussed in mainstream media, and among government organizations. And this is for a good reason.
Read full story
2021-06-30

Professional Writers Only Take Up 0.03% of the US Population

This is a surprisingly low statistic, but that number is growing with how in-demand high-quality writing skills are in today’s market. I’ve been a professional copywriter and creative writer for several years now, and let me tell you that I (like many of you reading this) never thought it was possible to make a living off of my writing.
Read full story
2021-06-25

The #FreeBritney Movement was Right About Absolutely Everything

Shocking testimony from Britney Spears herself exposes the absolute nightmare she’s been living for 13 years. (Image credit to AP Photo/Chris Pizzello) In a recent revelation yesterday, Britney Spears returned to court to fight her conservatorship, and a portion of her testimony has been made public.
Read full story
2021-06-24

Even First-World Children are Deprived of Quality Early Childhood Development

We’re all striving for growth — but is an extreme rise to the top actually causing more harm than good for young childhood stars?. UNICEF has been collecting data for decades to define the markers of what makes a successful child's early childhood development. They've worked internationally with countries to find this data, and have ultimately narrowed it down to 3 main factors:
Read full story
2021-06-22

What a Well-Balanced Life Feels Like, According to Science

Finding the ever-elusive work-life balance can often feel like an impossible task. But science actually has something to say about it. If you feel that achieving a good work-life balance is impossible, you're not alone. Data shows that 90 percent of those polled find work-life balance incredibly hard to completely implement in their lives. And of those, 75 percent reported that the fact that they couldn't find that balance was extremely stressful for them.
Read full story