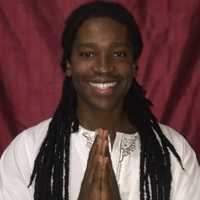 Though NYC is called the ‘concrete jungle,’ there remains ample natural areas worth saving

New York City — Yesterday afternoon, I got word of Dr. Seaborg's appreciation for having received my work in biology. Ah, but Dr. Seaborg’s most pressing concern was far bigger than my mere scribblings. After all, he noted the urgent need for helping to save dying rainforests.

According to worldrainforest.org, “Every year, rainforest equal in area to half the state of California is permanently lost, causing the extinction of thousands of species.”

The more I thought about natural areas, the more it dawned on me: even here in the Big Apple, heck, we take for granted the city’s beautiful parks overflowed with wilderness.

In life, for every loss — there’s a hidden gain. And so, what many of us lost in quarantine due to the pandemic, we gained in appreciation for the near and dear. For many a New Yorker, the city’s parks became occasional shelter from the pandemic storm.

“I’m tired of being stuck in the house,” became a common gripe during COVID lockdown. Perhaps out of sheer necessity and convenience, New Yorkers finally had a chance to slow down and appreciate the city's beautiful wildernesses.

“All parks nurture us, but our urban natural areas offer us the greatest sense of escape,” Charlop-Powers writes. "They’re true engines of parks equity, giving people who don’t have a car the ability to immerse themselves in nature by walking down the block, hopping on a bike or taking public transit.”

Indeed, unlike the rest of “America—the Beautiful,” most New Yorkers don’t own cars. The concrete jungle doesn’t offer enough space. Yet with every such loss, New Yorkers gain chances to work off calories — from bike riding to walking.

New Yorkers, ironically, have more chances to visit nature than residents of other big cities. The reason being, in Los Angeles or Houston, residents usually hop in vehicles and travel door-to-door.

According to Scientific American, NYC's natural areas are about the same size as a dozen or so Central Parks. But:

Despite decades of work and dedication by NYC Parks staff, our natural areas are underfunded and understaffed. It’s not for lack of use or popular interest; every year, more people visit Jamaica Bay—the sprawling wetlands near JFK Airport—than visit Yellowstone National Park. —Scientific American

Unfortunately here in the Big Apple, like most urban natural areas, conserving wilderness life has never been the top priority.

Quite simply, New Yorkers take the natural life offered in parks and across the city for granted. And due to sea-level rise and lack of management, among other things, similar to rainforests — the last wild corners of NYC are slowly but surely vanishing.

“We lose six acres of wetlands every year in New York City — an area the size of Madison Square Park, in Manhattan,” according to the report.

In short, whether it's fresh air offered by towering trees in Riverside Park or the welcomed chance to paddleboat thru Brooklyn’s Marine Park, perhaps with enough support and awareness, parks can "hire the staff needed to bring thousands of acres under active management” and protect wildlife.

I love New York 'cause you can quickly go from a chaotic city to a peaceful jungle just by stepping into Central Park!

Alan Dershowitz is among history's most iconic lawyers.(U.S. Embassy Jerusalem/Flickr) Given the legal fallout from Netflix's 'Jeffrey Epstein' docuseries, some insiders now wonder was it even worth releasing.
Read full story
New York City, NY2d

"Art washes away from the soul the dust of everyday life" —PicassoKevin Harber/Flickr. For summer fun, few things beat visiting the world’s best museum. New York City — When the German artist Gerhard Richter was asked why he was so intent on shipping his paintings to America, he answered:
Read full story
Philadelphia, PA3d

PHILADELPHIA — Beanie Sigel, widely considered the greatest rapper in Philly's history, once crowned himself "the King of the Streets." Ahem, given the recent study of roads conducted by the U.S. Chamber of Commerce, which saw the City of Brotherly Love top the list, perhaps Sigel wouldn't mind relinquishing the throne to the newest "King of the Streets."
Read full story
2 comments
New York City, NY4d

The mere mention of "required vaccinations" and "restaurants" in the same sentence reminds us — we're still living in the "Age of Covid."(Newsroom/Emergency-Live) In the not too distant future, vaccines may be required for patrons at restaurants across the city.
Read full story
6 comments
New York City, NY5d

PHILADELPHIA — When classes resume this coming fall, though teachers and staff will be thrilled to see returning students, everybody is required to wear masks. Students included.
Read full story
5 comments
Boston, MA6d

PHILADELPHIA — Due to the recent surge in coronavirus cases, government agencies around the nation are cranking up mandated employee COVID-19 vaccinations. Yet Mayor Kenney's administration, apparently, so far is adopting a "wait-and-see" approach.
Read full story
New York City, NY8d

The members-only library is the oldest in all of New York City.(Lasnydes/Wikimedia Commons) The New York Society Library, founded in 1754, oozes a classic feel. New York City — In most scholars' view, E.B. White’s classic “Here is New York” is the greatest essay ever devoted to a city. Perhaps what sparkles most about White’s essay is how keenly he strikes at the core of the Big Apple’s majesty:
Read full story
Boston, MA9d

Ainge, a former NBA Executive of the Year, was the mastermind behind the Celtics' success.(Aaron Frutman/Wikimedia Commons) Ainge’s Retiring as GM and President of Basketball Op leaves a gaping hole.
Read full story
Buffalo, NY9d

BUFFALO, NY — "There is nothing permanent except change." Heraclitus's wise insight, from thousands of years ago, still holds true today. And by the looks of it, the Buffalo Common Council is pondering making a drastic change to its city government.
Read full story
6 comments
New York City, NY10d

Understandably so, in a free society: adults want to be in charge of when and where they're allowed to drink alcohol.(Photo: Getty Images) According to NYC's Nightlife Advisory Board, New Yorkers should be allowed to drink out in the open.
Read full story
4 comments
New York City, NY10d

NEWARK, NJ — There’s nothing we humans prize more than “uniqueness.” After all, if the ground were littered with diamonds, perhaps they'd cease to command their hefty price, let alone remain “a girl’s best friend.” As for prizing uniqueness, nothing is as unique as that which is the "one and only."
Read full story
9 comments
New York City, NY12d

Marital bliss in the City That Never Sleeps.(Jazz Guy/Flickr) New York City — On Friday, perhaps a few newlyweds around the city could be overheard saying, "T.G.I.F." After all, New York City's Marriage Bureau resumed in-person weddings. There are a few restrictions, however.
Read full story
3 comments
Philadelphia, PA12d

PHILADELPHIA — On March 1st, 2020, when New York State banned plastic carryout bags, the writing was on the wall. Perhaps as that old Czech proverb goes: "a good neighbor increases the value of your property." In other words, if New York State raised its level of eco-consciousness last year, it was only a matter of time before neighboring states followed suit.
Read full story
2 comments
Boston, MA12d