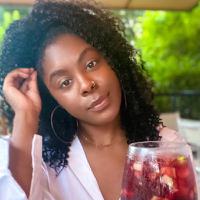 (ATLANTA, Ga.) The city of Decatur is hosting a Juneteenth celebration for the first time ever this year.

The event will be put on by the Beacon Hill Black Alliance for Human Rights, an organization founded in 2015 that works to advocate for people of African descent against systemic racism and oppression in regards to housing and education in the Decatur area.

The group has planned festivities in coordination with city officials to take place in Decatur Square from 4 p.m. to 8 p.m. on June 19.

Juneteenth has become a widespread celebration with its history being tied back to 1865 when enslaved people in Texas finally received communication about the Emancipation Proclamation. The inaugural celebration will also commemorate the one-year anniversary of a Confederate monument’s removal from the city.

In a press release, Fonta High, co-chair of the organization said, “Together we can propel and sustain the movement for the removal of symbols of hate through collaboration across communities in the South.

“We invite activists and advocates to join us on Juneteenth for support and inspiration during this time of celebration.”

The event will feature both a youth art and mural project, vendors and music. Attendees will be able to hear stories and lessons from advocates and activists around the state.

“As we remember the removal of the Confederate obelisk on Juneteenth 2020,” Decatur Mayor Patti Garrett said in a news release. “The city of Decatur is proud to be a partner in planning the first official Juneteenth event, and we look forward to this being the first of what we hope becomes an annual tradition.”

Places to eat in the Virginia Highland area

(ATLANTA, Ga.) Whether you’re an Atlanta native or a transplant (you’re still loved the same), there’s always room for exploring the different neighborhoods around the city. One neighborhood that provides a plethora of dining, drinks and activities is the Virginia Highland area. It’s where Virginia Avenue and North Highland intersect, and true locals know not to add an “s” to the end of ‘Highland.’
Read full story
Atlanta, GA3d

Try these coffee shops around Atlanta to fuel your workday

(ATLANTA, Ga.) Whether you’re grabbing coffee to kickstart your morning, having a midday pick-me-up or just meeting a friend or colleague to catch up, coffee shops and cafes are a staple in people’s daily lives. Especially as the world continues to adjust to a true work-from-home culture, coffee shops serve as a way to get out of your home office or your DIY work set up in the living room.
Read full story
Atlanta, GA7d

(ATLANTA, Ga.) As schools in the metro Atlanta area prepare to open for the new school year, many districts are making decisions on mask mandates. Atlanta Public Schools (APS) announced on Thursday that it will make masks mandatory for all students and employees at the start of the school year, which begins Aug. 5.
Read full story
5 comments
Atlanta, GA9d

(ATLANTA, Ga.) A local organization is working with children who deal with the loss of a loved one and helping them cope in healthy ways. Kate’s Club is creating a safe space for children who need a place to grieve and talk about their loved ones who have passed away. Located in the metro Atlanta area, the nonprofit combines therapy and recreational activities to serve children and teenagers.
Read full story
1 comments
Brookhaven, GA11d

What you need to know about Brookhaven's restaurant week

(ATLANTA, Ga.) One thing that can always bring the community together is food, and the city officials of Brookhaven are doing just that with their first-ever food week. Residents and visitors can expect to experience mouth-watering dishes and local culinary experiences throughout the week.
Read full story
14d

(ATLANTA, Ga.) A new Italian dining experience is opening and occupying the former Bocado space on Howell Mill Road. Reasons for the space closing are unknown but the establishment operated for 12 years.
Read full story
15d

(ATLANTA, Ga.) Decatur may be forced to cut back on after-school programs for the upcoming school year due to a shortage of staff members. The Director of Children and Youth Services in the city, Claire Miller, says that the issue is nationwide.
Read full story
1 comments
Georgia State16d

This Decatur ice cream shop was voted best in Georgia

(ATLANTA, Ga.) A local shop in the metro Atlanta was recognized as one of the best places to get ice cream throughout the entire state. Acknowledged in Food & Wine Magazine, the Decatur-based Cremalosa took the top spot on “The Best Ice Cream in Every State” list. The gelato shop is owned by acclaimed gelato master and Atlanta food writer Meredith Ford.
Read full story
Atlanta, GA23d

(ATLANTA, Ga.) A new park has opened on Atlanta’s west side. In addition to the city’s Piedmont Park, Centennial Olympic Park, Freedom Park and others — this park is open for the community to enjoy outside activities.
Read full story
1 comments
Decatur, GA29d

(ATLANTA, Ga.) Recently named the nation’s best small town beer scene, Avondale Estates is stepping its game up by creating an open container district. Nestled near the city of Decatur, Avondale Estates now has a designated area for residents and visitors to walk around with a beer, glass of wine or a cocktail in hand.
Read full story
1 comments
30d

(ATLANTA, Ga.) A fun experience for adults is coming to Atlanta! While working from home, adjusting to virtual learning and other adjustments to the “new normal” of the world, it’s important to have a place to wind down and be a big kid.
Read full story
13 comments
Atlanta, GA2021-06-29

Here's where you can watch fireworks in and around Atlanta

(ATLANTA, Ga.) It’s almost time to celebrate America’s birthday! While some live events are still canceled or postponed due to the pandemic, some Fourth of July activities are back.
Read full story
2021-06-29

(ATLANTA, Ga.) The City of Atlanta has a tremendous amount of unpaid water and sewer bills and plans to take action in the coming months. The city plans to crack down on those who haven’t paid their bills early next year. More than half of the city’s outstanding bills are residential accounts.
Read full story
1 comments
2021-06-28

(ATLANTA, Ga.) One thrift store in Atlanta is working to meet the needs of the LGBTQ community long after Pride Month ends. Customers who visit Out of the Closet Thrift Store can save money on gently used clothes while also giving back to a good cause for the community.
Read full story
1 comments
2021-06-24

(ATLANTA, Ga.) Wisconsin native Leah Lonsbury is providing resettled refugees with new skills and a liveable wage through her non-profit Just Bakery. Founded in 2017, Just Bakery offers individuals who’ve fled their home countries in search of a better life with new skills and the opportunity to make a liveable wage as well as earn professional certifications like ServSafe. Many of the individuals Lonsbury has worked with come from countries like Congo, Pakistan and Syria.
Read full story
2021-06-23

(ATLANTA, Ga.) With an influx of rescued animals, shelters in DeKalb and Fulton county are waiving adoption fees for the week. The LifeLine Animal Project shelters in both counties are completely full and the nonprofit’s leaders are calling on the public to help find homes for the adoptable cats and dogs.
Read full story
2 comments
2021-06-22

This is an update from the original post: A new virtual reality experience is coming to Atlanta Beltline this summer. (ATLANTA, Ga.) Atlanta’s virtual reality scene is expanding with the Illuminarium. The first VR experience is set to launch on July 1st and will take guests on a safari through Africa.
Read full story
2021-06-21

Decatur City buildings reopening for visitors, here's what you need to know

(ATLANTA, Ga.) Although many restaurants and businesses in Atlanta have been operating with precaution, a few establishments are still in the reopening phase and finally opening doors to the public.
Read full story
Atlanta, GA2021-06-17

What to expect as Atlanta Dogwood Festival returns

(ATLANTA, Ga.) Atlanta’s Dogwood Festival announced its return for 2021 and has released details surrounding the event. Normally taking place in the spring, the festival is set for the fall due to the COVID-19 pandemic canceling the original date in April. Now, the festival will take place from Aug. 6 through Aug. 8 at Piedmont Park.
Read full story