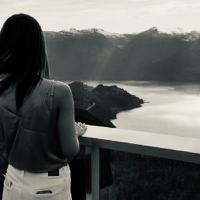 Jared is accused of having sexually inappropriate conversations on social media with a 15-year-old female. He allegedly groomed his victim into a “relationship” for several years until they met in person for the first time in 2017 at his concert at the Odeon Concert Club in Ohio.

The victim reported the incident to a local police department where she lives in Canada in October of 2018. Cleveland police were then informed and an investigation was conducted.

Cuyahoga County Prosecutors allege Jared, “violated his duty of care and, in doing so, created a risk of harm to the victim,” during the concert in 2017 when he met the victim, but no other details have been released.

Jared was arrested in Cleveland and booked into county jail but he was released on a $2,500 bond. He has pleaded not guilty to the charges and is facing a maximum of 18 months if convicted. He’s forbidden from contacting the victim and was ordered to submit a DNA sample.

A virtual preliminary hearing is scheduled for June 23.

This is not Jared’s first run-in with the law. In 2015, he was arrested for driving under the influence. He served only one day of his four-day jail sentence and received four-year probation.

In the summer of 2020, Jared’s ex-girlfriend former Miss Teen USA competitor Melissa Lingafelt, who goes by the name Jimi Ono online, uploaded a video to Tik Tok accusing him of physically and verbally abusing her throughout their relationship. The couple dated from 2006 to 2009.

In the video Melissa stated:

“When I say verbal abuse, imagine the worst type of verbal abuse you could ever imagine, and that was what I got. It then turned to physical — hitting, throwing, everything. At the pinnacle of it, he drug [sic] me down the stairs of our house on Los Feliz. My face hit every step on the way down."

Jared denied the allegations and accused Melissa of fabricating the events for attention and money. He was not charged with any offences as a result of this complaint.

In the mid to late 2000s, Jared “Drake” Bell appeared in shows such as “The Amanda Show” and “Drake & Josh.” He had several small roles in various 90s cult sitcoms such as Seinfeld, The Drew Carey Show and Home Improvement.

The Real-Life Runaway Bride: She Faked Her Own Kidnapping and Turned Her Fiancé Into a Murder Suspect

Julia Roberts in 'Runaway Bride.'www.throwbacks.com. 39-year-old Tiffiny Bray lived in Fletcher, Oklahoma, with her fiancé, Chad McGuire. The couple was just months away from tying the knot when Tiffiny suddenly up and vanished.
Read full story
1 comments
Monrovia, CA5d

Man Raps About Killing and Burying Ex at Comedy Club-Could Amanda Custer be Buried in Yucaipa?

Amanda Custer, Robert Camou.Made by the author with photos from Facebook and The Mirror. 31-year-old Amanda Kathleen Custer lived in the 600 block of Vaquero Road in Monrovia, California with her grandmother. She had graduated from Lyles College of Beauty and was the mother to an 8-year-old boy.
Read full story
7 comments
Chalfant Valley, CA11d

16-Year-Old Karlie Gusé Feared Her Stepmother Was Going To Kill Her. The Next Day, She Vanished.

30 Years Ago a Black Teen Was Shot in the Head Over a $1.79 Bottle of Orange Juice and Her Killer Walked Free

A memorial for Latasha Harlins in South Los Angeles.The Grio. Latasha Harlins was a student at Westchester High School in Los Angeles. Her father, Sylvester, worked in a steel factory while her mother, Crystal, waitressed at a pub part-time while working towards obtaining her real estate license. While drunk and high, Sylvester would routinely beat Crystal in front of their three children. The couple fought incessantly over their financial troubles and in 1984, Crystal obtained a restraining order against her husband and filed for divorce.
Read full story
91 comments
16d

She Faked a Pregnancy, Killed Her Childhood Friend of 22 Years and Stole Her Newborn Baby

Magen Fieramusca left, Heidi Broussard right.Daily Mail. 33-year-old Heidi Broussard worked as a waitress at Cracker Barrel in Buda, Texas while attending Veterinary school. She was recently engaged to her boyfriend of 10 years, Shane Carey, with whom she had a 5-year-old son.
Read full story
1 comments
Topeka, KS17d

46-year-old Hester Workman lived in Topeka, Kansas where she worked as a legal support supervisor with the Kansas State Board of Healing Arts. She had two children, 16-year-old Dillon Jay who lived with her and 13-year-old Sidney who lived with their father, David.
Read full story
6 comments
Marysville, OH17d

20 Years Ago a Woman Left for a Romantic 4th of July Trip With Her Married Co-Worker, She Was Never Seen Again

Between being a single mother and holding down a full-time job at a Honda factory in Marysville, Ohio, 29-year-old Patti Adkins led a busy life with little to no room for much else, let alone a love life. However, she wouldn’t have to look far. A year before she went missing, she became completely enamored with a married co-worker and began an illicit affair.
Read full story
176 comments
19d

Kiss of Death: The Man Who Extorted Money Out of Women With Promises of Marriage but Killed Them Instead

Between 1900 and 1914, a man named Hoffman placed ads in the ‘lonely hearts section’ of a Budapest newspaper, seeking an affluent woman to call his wife. Several woman, mostly widows and those with little to no relatives, were desperate to wed and agreed to meet with him.
Read full story
2 comments
Norfolk, VA20d

It was spring break 2015 and 18-year-old Anjelica Hadsell, known as AJ, was home from Longwood University visiting her mom and three sisters in Norfolk, Virginia. On March 2, 2015, AJ unknowingly hugged her little sister for the last time as she left for school. When the young girl returned home later that afternoon, she found all of the lights on and a half-folded pile of laundry. Music was playing and the back door was unlocked but AJ was nowhere to be found.
Read full story
14 comments
20d

22-year-old Binghamton University student Haley Anderson met her boyfriend Kevin Ocampo on campus. Like Haley, Kevin was also a nursing student. While Haley only wanted a casual relationship, Kevin wanted commitment. Their differences led to several arguments and although the couple broke up several times, they always got back together.
Read full story
5 comments
Houston, TX20d

From Miss Irresistible to Mass Murderer: Teen Guns Down Her Best Friends

When Christine Paolilla was two-years-old, her father died in a construction accident. Widowed and penniless, Christine’s mother Lori was devastated. She turned to drugs and eventually lost custody of Christine and her older brother, who were sent to live with their grandparents.
Read full story
20 comments
22d

The Girl Who Came Back From the Dead: She Faked Her Own Kidnapping and Showed Up at the Murder Trial 5 Years Later

On March 12, 2020, 58-year-old hospital worker Michelle Boat's husband Nicholas informed her he was leaving her for another woman. The couple had two children together and had been married for twenty years.
Read full story
42 comments
22d

The Beauty and the Beast: How Actress Lana Turner’s Teen Daughter Saved Her Life

Lana Turner was the Hollywood glamour girl of the 1940s and ’50s. It’s Lah-nuh, not Lan-ah, she warned her fans; “Please, if you say “Lan-ah,” I shall slaughter you.”
Read full story
1 comments
Indiana State22d

One of the Most Hated Women in Indiana: She Claimed She Was Kidnapped by a Black Man, but It Was All a Hoax

On July 24th, 2020, 23-year-old Indiana woman Hannah Potts posted a Facebook live video claiming she had been kidnapped by a black man in a maroon vehicle. In the video, Potts stated she was outside taking pictures of animals when a man suddenly emerged out of nowhere, abducting her and putting her into the trunk of his car. Hannah said the man called her ‘baby girl’ and described being held in a damp room 'with four walls and a little light.' She then begged viewers to call the police and rescue her.
Read full story
37 comments
23d

A Rottweiler and a Bowl of Banana Pudding: The Capture of a Peeping Tom Killer

Stephanie Bennett’s last Christmas in 2001.Jesusdecides.com. Twenty years ago, Virginia natives Stephanie Bennett and her step-sister Deanna moved to North Carolina seeking independence. It was their first time living away from home and they were excited to begin their journey into adulthood.
Read full story
1 comments
Cullom, IL25d

The Christmas Day Cullom Murders: Trial for Man Who Killed Wife, Son and Neighbor To Begin in October

Model’s Remains Found Inside Storage Unit, Roommate Claims He Killed Her in Self Defense

On May 19, 2021, the Adams County Sheriff's Office in Welby, Colorado received a phone call from an employee at FreeUp Storage on Devonshire Blvd claiming that an awful smell and an unknown liquid was seeping out of a storage unit which had been rented by 36-year-old Salvation Army employee Gregory Thomas.
Read full story
5 comments
Harris County, TX26d

He Shut Off the Power to His Ex-Wife’s Home and Shot Her Four Times, Hours Later He Was Released on Bond

On June 28 at 3:08 in the morning, Aaron B. Wright allegedly drove to his ex-wife Andrea Wright's home near Memorial Falls Drive in Harris County, Texas with his new girlfriend. He reportedly accessed a unlocked power box and cut off the electricity to the home before disabling the alarm and breaking into the house through a back window. Inside was Andrea and their four children, ages 7, 9, 11 and 13, asleep in their beds.
Read full story
5 comments
Nevada State26d

On June 3, 1999, at 3 in the morning, former marine 23-year-old Zane Michael Floyd phoned an escort service called ‘Love Bound’ and requested the services of a young female. A half-hour later, a 20-year-old woman arrived at his Las Vegas home.
Read full story
10 comments