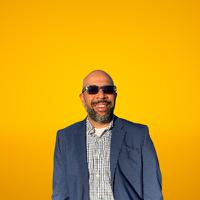 Euri Giles covers lifestyle content and news ranging from parenting to food, caregiving, and advocacy to politics, and living a better life. Find him @clareifi on all social media channels including — YouTube, Twitter, Instagram, Facebook, TikTok, Clubhouse, & Discord. He lives and works in El Paso, TX as a Digital Content Creator — Writer | Creative | Web Design | e-commerce | Social Media l Landing Pages | Technology Solutions | The Clareifi Podcast #ENDALZ — I write what I live. Being a Dad | Writing | Business | Life | Learning how to do it all better — Please Allow Me To Clareifi.

Juneteenth, first celebrated as a Texas holiday, is set to become a Federal Holiday. What do you think?

Juneteenth, first celebrated as a Texas holiday, is set to become a Federal Holiday. It was actually first celebrated one year after news reached Galveston to commemorate the day. Black men, women, and children in Galveston, TX became the first to celebrate Juneteenth, also known as Emancipation Day, Liberation Day and Jubilee Day in its early years.

The history of Juneteenth.

Maj. General Gordon Granger is credited with issuing the announcement that read:

“The people of Texas are informed that, in accordance with a proclamation from the Executive of the United States, all slaves are free. This involves an absolute equality of personal rights and rights of property between former masters and slaves, and the connection heretofore existing between them becomes that between employer and hired labor. The freedmen are advised to remain quietly at their present homes and work for wages. They are informed that they will not be allowed to collect at military posts and that they will not be supported in idleness either there or elsewhere.”

The Emancipation proclamation was issued by President Abraham Lincoln on September 22, 1862, while the Civil War was still going on. The Proclamation read was meant to change the legal status under federal law of more than 3.5 million enslaved African Americans in the southern Confederate states from enslaved to free. As soon as a slave escaped the control of the Confederate government, either by running away across Union lines or through the advance of federal troops, the person was permanently free.

“That on the first day of January in the year of our Lord, one thousand eight hundred and sixty-three, all persons held as slaves within any State, or designated part of a State, the people whereof shall then be in rebellion against the United States shall be then, thenceforward, and forever free; and the executive government of the United States, including the military and naval authority thereof, will recognize and maintain the freedom of such persons, and will do no act or acts to repress such persons, or any of them, in any efforts they may make for their actual freedom.”

Fast-forward 156 years later amid Americas ongoing reckoning with racial justice, and inequality that has spurred a new era of political “wokeness” that is embedding it’s way slowly but surely as a culture shift within our nation.

Is all of this too little too late?

The Twitterverse is on literal fire right now as folks voice their opinions. Need proof? Take a look at this Twitter thread from @thejournalista, which started with her tweet stating:

"Imagine making Juneteenth a federal holiday when laws are being enacted all over the country that will prevent people from being taught why it's a holiday."

You're welcome for that one!

“A national holiday commemorating the biggest stain on our history is necessary, overdue, & only a first step in recognizing the lasting effects of slavery.”

The Unites States Senate unanimously voted to approve a bill that will make Juneteenth a federal holiday. The House is expected to vote on the measure Today.

It's time for a NewsBreak sound-off in the comments section!

What do you think about Juneteenth becoming a Federal Holiday?

Euri Giles covers lifestyle content and news ranging from parenting to food, caregiving, and advocacy to politics, and living a better life. Find him @clareifi on all social media channels including — YouTube, Twitter, Instagram, Facebook, TikTok, Clubhouse, & Discord. He lives and works in El Paso, TX as a Digital Content Creator — Writer | Creative | Web Design | e-commerce | Social Media l Landing Pages | Technology Solutions | The Clareifi Podcast #ENDALZ — I write what I live. Being a Dad | Writing | Business | Life | Learning how to do it all better — Please Allow Me To Clareifi.

The best things to do this summer in Cloudcroft, NM.

Fun things to do in El Paso this weekend.

There are so many things to do in El Paso this weekend, weather permitting. From lowrider car shows, ballet folklórico, and ghost tours, there’s always something interesting to do in El Paso if you know where to look.
Read full story
1 comments
Van Horn, TX9d

This Tuesday, July 20th — Van Horn, TX will be in the global spotlight for being the site of the Southwest’s second space launch in the span of a couple of weeks. Amazon founder and billionaire, Jeff Bezos, is set to join a growing list of astronauts as the space tourism industry makes significant headway in the desert South West.
Read full story
El Paso, TX10d

During monsoon season El Paso can be both dangerous and beautiful.

The monsoon season in El Paso usually lasts from June through September. It’s the time of year that can bring heavy rainfall and humid air throughout the summer months. With the increase in accumulated ground moisture in the usually dry Chihuahuan Desert, the chances of flash flooding dramatically increase.
Read full story
El Paso, TX13d

Will concerns about the COVID-19 Delta variant across the country cause a mask reinstatement in El Paso?

The Delta variant has emerged as the dominant strain of COVID-19 in the U.S. It can spread more easily, according to the CDC; “the strain has mutations on the spike protein that make it easier for it to infect human cells. That means people may be more contagious if they contract the virus and more easily spread it to others.
Read full story
7 comments
Texas State16d

Texans sound off about Governor Abbott's claims that democratic constituents are being denied resources during walkout.

We’re still a few months away from the Sun City Craft Beer Fest, which will be held at the downtown convention center plaza on September 18th & 19th. But that doesn't mean we can’t enjoy a cold brew now to, you know — prime our palettes.
Read full story
Truth Or Consequences, NM19d

The best things to do while in Truth or Consequences NM.

What are the best things to do while in Truth or Consequences NM?. This weekend, Truth or Consequences NM will be in the global spotlight for being one of the closest towns to Spaceport America, where billionaire, Sir Richard Branson’s company — Virgin Galactic will launch it’s “Unity 22” mission on Sunday morning.
Read full story
El Paso, TX21d

National Ice Cream Day will be celebrated this month on Wednesday, July 21, 2021. But, in the summer heat of El Paso, why wait until then to enjoy a sweet, cold and delicious treat? The entire month of July is National Ice Cream Month.
Read full story
1 comments
West, TX22d

This months planned events may end up giving southern New Mexico, and West Texas a few more milestones in the race to jumpstart the space tourism industry in our area. Virgin Galactic has announced that “the flight window for the next rocket-powered test flight of its SpaceShipTwo Unity opens July 11, pending weather and technical checks.”
Read full story
El Paso, TX28d

It’s the 4th of July weekend, El Paso — Here’s where to see the fireworks.

Independence Day is this Sunday, July 4th. Last year's celebrations were a bust in the middle of an ongoing pandemic. This year, with the number of active COVID-19 cases decreasing, combined with the number of El Pasoans who have been fully vaccinated, things are slowly but surely getting back to some normalcy.
Read full story
El Paso, TX30d

The city of El Paso offers ongoing resources to reduce the risk of COVID-19 as reporting winds down.

The City of El Paso announced a reduction in the number of updates related to COVID-19 from daily to weekly, stating a stabilization in data. Beginning this week, we are switching our COVID-19 updates from daily weekday postings to weekly postings, as the community has begun to see a stabilization of the data. The database on http://EPStrong.org will continue to be updated daily if you wish to review the progress.
Read full story
El Paso, TX2021-06-25

The City of El Paso wants you to stay active by promoting better health and wellness through the Live Active EP program.

The City of El Paso encourages residents to stay active by promoting better health and wellness through the Live Active EP program. Getting healthy and trying to stay in shape can be an ongoing challenge for many. New Year’s resolutions only get you so far. It can be difficult to develop and maintain a routine of working out, or at least getting some regular exercise. Between work, school, family, and friends, life can seem busy enough already.
Read full story
El Paso, TX2021-06-24

Three must-see museums when visiting El Paso, TX have now reopened. El Paso, TX has always been a city with a rich and vibrant history. Locals have their favorite recommendations for visitors about the best areas for shopping, dinning, and entertainment. For those who are interested in learning more about what El Paso has to offer in the arts, culture, and history, look no further than three of El Paso’s best museums. Wether you’re a visitor, or you call El Paso, TX home, three museums are a “must visit” and as of tomorrow will all be open once again.
Read full story
1 comments
El Paso, TX2021-06-22

The city of El Paso announces Senior Centers to reopen on July 6th.

One of our communities most vulnerable groups in regard to infection, and mortality from COVID-19 are El Paso’s senior citizens. As more of the country, Texas, and our hometown of El Paso begin to reopen due to the decline in the number of active Coronavirus cases combined with the ongoing increase in the number of vaccinated El Pasoans, Seniors are ready to get back to their social lives.
Read full story
El Paso, TX2021-06-24

What do El Pasoans think about Vice President Kamala Harris's visit to the Borderland?

The Vice President’s office just announced that she will be visiting the border by traveling to El Paso, TX this Friday, June 25th. Vice President Harris has been asked by President Biden to oversee diplomatic efforts to address the root causes of migration from El Salvador to Guatemala and Honduras. She recently traveled to Guatemala and Mexico last month to have discussions with leaders there. This Friday’s planned border visit to El Paso, TX is meant to be a continued part of this effort.
Read full story
11 comments
2021-06-22

Texans can take advantage of Prime Day deals up until 10 PM Tuesday night.

Amazon’s Prime Day is an annual savings event available to members of Amazon's Prime service. It started in 2015 as a celebration of Amazon's 20th anniversary, and was billed as a "one-day only event filled with more deals than Black Friday, exclusively for Prime members around the globe."
Read full story
El Paso, TX2021-06-17

This weekend is jam packed with events, celebration, and opportunities for advocacy. It’s Father’s Day, Juneteenth, and the first day of summer. The Longest Day is the day with the most light — the summer solstice. On June 20, people from across the world will fight the darkness of Alzheimer's through a fundraising activity of their choice. Whether you're participating at home, online or in-person, we have plenty of fun ideas to engage family and friends in The Longest Day.
Read full story
Texas State2021-06-17