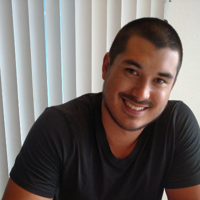 Traffic in Los Angeles is notoriously bad. There are some parts of the day residents refuse to drive if it can be avoided.

The traffic is so bad that the Rams had to delay practice since so many players were stuck.

The pandemic changed a lot. Many people have realized that working from home is possible.

Will more people insist on working from home to avoid traffic?

With California reopening fully, we are about to find out.

During the worst of the pandemic, traffic was light. It was strange being able to drive around Los Angeles during normally busy times.

However, as time passed, traffic rebounded.

Traffic is currently near pre-pandemic levels.

It will only get worse now that many companies are returning to the office.

Back to The Office?

According to Bob Pishuem, a transportation data analyst, traffic data has shown some interesting trends. Weekend traffic is close to pre-Covid levels. However, traffic is down around 20% during morning commute times.

Closed schools and working from home are probably responsible for the 20% drop.

Many companies are in the process of returning to the office.

Some will require workers in the office full-time, others only part-time.

One is a huge uptick in people working from home permanently.

The second is an increase in the reliability and availability of public transportation.

If the government were going to step up and do something about public transportation, they would have done it by now.

Some companies will allow workers to work from home, but most won’t.

As much as Los Angeles commutes suck, it still beats not having a job. So many will continue to suffer through their traffic-filled commutes.

Is a controversial vaccine mandate on its way to Los Angeles?

Almost anything the government does is at least somewhat controversial. Government mandates are particularly controversial. Los Angeles reinstating its mask mandate was met with a mixed reaction. A vaccine mandate would bring an even more intense fight.
Read full story
Los Angeles, CA1d

Delta ruined a lot of plans. What do Los Angeles residents need to know?

The Delta Variant has changed everything. On June 15th, everything in California reopened, and things looked good. But since then, there has been a sharp uptick in cases. The uptick in cases has led to many changes. Those changes include indoor masking in Los Angeles. There are also many other potential changes on the horizon.
Read full story
28 comments
Los Angeles, CA5d

Is eye-poking the solution to unruly airline passengers?

Although Covid cases are increasing, Los Angeles is completely open. That means traveling is largely back on. The increased travel means that many Los Angeles residents have been getting back on planes. Unfortunately, that increase has come along with many issues.
Read full story
Los Angeles, CA5d

Going out with friends to catch a movie has long been a staple in American culture. That’s especially true in Los Angeles. Being the home of Hollywood almost gives us no choice but to appreciate a good movie.
Read full story
Los Angeles, CA6d

Ok, to be fair, many people are returning to work. But, some Los Angeles businesses are struggling to fill open positions. Employment has not reached pre-pandemic levels yet. The job recovery has been somewhat slower than expected. There are many potential reasons for this.
Read full story
7 comments
Los Angeles, CA7d

Is spending more money the solution to homelessness in Los Angeles?

Homeless campers on skid row.Russ Allison Loar, CC BY-SA 4.0, via Wikimedia Commons. What do you think of when you think of Jimmy Kimmel Live?. It probably has something to do with humor.
Read full story
9 comments
Los Angeles, CA8d

Los Angeles residents are now under a brand new mask mandate. The response has been mixed, to say the least. Some residents feel that this was a necessary step. Others feel like it’s an overreaction.
Read full story
19 comments
Los Angeles County, CA9d

With the mask mandate taking effect, what do Los Angeles residents need to know?

Starting Sunday, Los Angeles County will be back under a mask mandate. Because of rising Covid cases. Covid infections in America are up over 70% this week. Hospitalizations have also risen from 26% to 36%. Almost every state has experienced a rise in cases.
Read full story
33 comments
California State10d

Is Disney right about California? If yes, what would that mean for Los Angeles?

Los Angeles, and California as a whole, is known for big business. California’s economy is so big that it would be the 5th largest in the world if it were its own country. The city of Los Angeles has more billionaires than any other place.
Read full story
58 comments
Los Angeles, CA11d

How big of a step backward is the return of the mask mandate?

Is it time for Los Angeles to start preparing for booster shots?

At this point, most Los Angeles residents who want a vaccine have one. Those who don’t will get one soon. The next vaccine-related question is about the potential of booster shots.
Read full story
13 comments
Los Angeles, CA12d

Many Los Angeles residents have another $600 to look forward to

Governor Newsom has been talking about another round of stimulus checks since May. It’s finally happening. State leaders officially approved a $100-billion plan that includes many things. Stimulus checks, rent relief, and grants for businesses are all included.
Read full story
5 comments
Los Angeles, CA13d

How much, if at all, should Los Angeles worry about Covid variants?

The Delta Variant is spreading rapidly across the country. That’s scary news. But, what does it mean for Los Angeles?. The biggest fear for parents is children getting Covid. This fear is especially relevant since Los Angeles students will be returning to school soon.
Read full story
78 comments
Los Angeles, CA14d

Education is one of the many things that were negatively affected by Covid. Hopefully, that will change soon. Los Angeles students will soon be starting a new school year. That school year will be in person.
Read full story
1 comments
Los Angeles, CA15d

Gym attendance is still lagging. What does that mean for the future of Los Angeles gyms?

Los Angeles has a lot of gyms. The is 24 Hour Fitness, Golds Gym, Barbell Brigade, and many more. If you want to get a workout in, you have plenty of options. This is especially true since gyms have been reopened for a while now.
Read full story
Los Angeles, CA17d

Covid cases are exploding in Los Angeles. How concerned should we be?

Once upon a time, Los Angeles had the worst Covid outbreak in the country. Thankfully, we have come a long way since then. For one, we are fully reopened. Secondly, we have a very high vaccination rate.
Read full story
84 comments
Los Angeles, CA19d

The global death toll keeps getting worse. As of Wednesday, over 4 million people have died from Covid-19. Reaching herd immunity is one way we could stop the death toll from rising.
Read full story
6 comments
California State20d

Delta is now dominant in California. Is this a sign of things to come?

Los Angeles residents are probably getting tired of hearing about the Delta Variant. It’s been all over the news lately. Sadly, that will continue since it was reported last week that the variant has become dominant in five states. That includes California.
Read full story
128 comments
Los Angeles, CA21d

How will Los Angeles and Israel handle current and future Covid surges?

Israel is one of the most vaccinated countries in the world. They also have a very similar population to Los Angeles County. That makes it natural to compare the two when it comes to Covid.
Read full story
9 comments
Los Angeles, CA22d

With the pandemic winding down, what jobs are gone for good?

Covid changed everything. The world will never be completely the same. The way we work in Los Angeles is one thing that will forever be different. First of all, some workers will never go back to the office. Remote and hybrid working will become more prevalent.
Read full story
1 comments