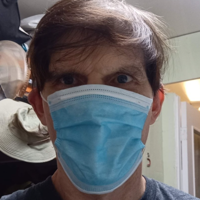 News of interest impacting the San Francisco Bay Area and beyond.

The Santa Clara Sheriff's Office released police body camera video on Tuesday showing when their officers first confronted gunman Samuel Cassidy. The video below has been edited by the sheriff's office to block out the faces of the officers and to block out any gory images. When the officers approached and were about to confront Cassidy, a shot can be heard. That apparently was of Cassidy shooting himself. Cassidy's body is blurred when officers approach and discover him after he had killed himself.

The video shows officers initially confronting a VTA supervisor asking him to put his hands up. The man gave sheriff deputies his key card so they could access the rest of the building.

As previously reported, the Santa Clara County Sheriff's office reports that on Wednesday morning at approximately 6:34AM, dispatchers received a call of an active shooter at a Santa Clara County Valley Transportation Authority (VTA) building located at 101 West Younger Avenue in San Jose.

In an updated press release Thursday afternoon, the Santa Clara Sheriff's Office Sheriff’s Office noted that detectives and FBI Investigators were on scene of the incident and processing evidence. On Thursday, the sheriff's office also released a surveillance video that shows Cassidy walking across the rail yard to kill more victims.

During the early response of this incident, deputies and fire personnel were able to rescue one victim from the scene and immediately transport them to a local trauma center hospital for treatment. That victim, identified as Alex Fritch (49), died to his injuries and was pronounced deceased late Wednesday evening. All ten people who died, including the suspect, were VTA employees.

Both Cassidy's ex-girlfriend and his ex-wife told reporters that Cassidy often complained about his job, his boss and coworkers. He ex-girlfriend filed a temporary restraining order against Cassidy in 2009 saying she was a victim of domestic violence.

United States Customs officials have come under criticism because they did not alert local authorities that they had detained Cassidy in 2016 when he was returning from the Philippines. He was found in possession of books on terrorism and writings on his deep hatred and anger about his job at the Vattley Transit Agency.

The body camera video released by the Santa Clara Sheriff's Office on Tuesday, shows officers reacting as they were trained. They calming but assertively took control of the building on Younger Avenue in San Jose before Cassidy had the chance to continue his rampage.

News of interest impacting the San Francisco Bay Area and beyond.

Truckee Police Department at scene of Monday's plane crashTruckee Police Dept. Nevada County officials say there were no survivors after a plane crashed on Monday killing all four onbaord near the Truckee-Tahoe Regional Airport on Ponderosa Golf Course just after 1 p.m. The video below was taken by a witness shortly aftter the crash. The FAA said on Tuesday that the two passengers and two crew members were killed in the crash.
Read full story
California State18h

Less than an hour after arriving in Puerto Vallarta from San Francisco last week, I was sitting by the pool enjoying a cool cocktail in the sun at the Westin Resort and Spa Puerto Vallarta. The resort often hosts same-sex weddings and actively promotes its "wellness" theme to the LGBTQ community and soon after arriving, I was feeling very well indeed!
Read full story
California State1d

California Governor Gavin Newsom announced new vaccine mandate MondayOffice of California Governor Gavin Newsom. Governor Gavin Newsom said at a briefing on Monday in Alameda that he is taking decisive action to combat the spread of COVID-19 and protect vulnerable communities. The governor said he is doing so by implementing a first-in-the-nation standard to require all state workers and workers in health care and high-risk congregate settings to either show proof of full vaccination or be tested at least once per week. He governor said he is encouraging all local government and other employers to adopt a similar protocol.
Read full story
161 comments
Santa Cruz, CA2d

Black Lives Matter mural vandalized in Santa CruzSanta Cruz Police Dept. (Santa Cruz, Calif.) Santa Cruz Police say they arrested two men in connection with the vandalism of a Black Lives Matter Mural on a Street In the city. Police say on the morning of Saturday, July 24th, 2021, The department received a report of vandalism to the "Black Lives Matter" mural painted at 800 Center Street. The first officers on the scene located the damaged mural, which consisted of vehicle tread marks across the painting. The crime took place the prior evening.
Read full story
3 comments
San Rafael, CA3d

San Rafael Police say shooting leaves 2 dead, 4 injured late Friday evening, July 23San Rafael Police. Police in the San Francisco Bay Area city of San Rafael say a shooting late Friday night resulted in two people being killed and four injured. Police say five of the six people shot were from outside the area and they believe most were in the Marin County city to attend a rap concert. One man, 62, was not attending the rap concert but had been caught in the crossfire. His injuries are not life-threating, San Rafael Police said.
Read full story
San Francisco, CA3d

What is it like to fly into San Francisco Int'l Airport from Puerto Vallarta, Mexico and other foreign locations?

What is it like traveling from San Francisco International Airport to Puerto Vallarta, Mexico now?

San Francisco International Airport on Monday, July 19, 2021Ed Walsh. Puerto Vallarta, Mexico, has long been one of the San Francisco Bay Area's favorite vacation destinations. But what is it like to visit Puerto Vallarta ight now in the wake of concerns about the Delta variant and a possible fourth wave of the COVID-19 pandemic?
Read full story
San Francisco, CA9d

San Francisco joins other Bay Area Counties with new mask recommendations to fight COVID-19Ed Walsh. Citing an increase in cases of COVID-19 and the highly transmissible Delta variant, San Francisco is joining with the counties the Counties of Alameda, Contra Costa, Marin, San Francisco, San Mateo, Santa Clara, Sonoma, and the City of Berkeley recommend that everyone, regardless of vaccination status, wear masks indoors in public places to ensure easy verification that all unvaccinated people are masked in those settings and as an extra precautionary measure for all.
Read full story
6 comments
Fremont, CA10d

The Los Angeles County Health Department on Thursday issued a new requirement mandates for wearing masks indoors. The new rules come as the county says it has seen a spike in new cases in large part because of the easily-spread Delta variant.
Read full story
Alameda County, CA18d

Alameda County warns of an increase in COVID-19 cases

Alameda County announced Thursday of an increase in COVID-19 cases that is threatening to surpass the spring COVID19 wave the county experienced earlier this year. In addition to more cases, the county says hospitalizations are also on the rise. Early last month, cases and hospitalizations were at their lowest levels since April 2020, county officials said. The daily number of cases was as low as 28 per day at that lowest level. But the county says now cases are averaging over 70 per day, with more than 100 new cases reported on some recent day. Not surprisingly, health officials say new cases are impacting communities where vaccination rates are the lowest, including what it calls "priority neighborhoods" that have already been hit hardest by COVID-19.
Read full story
4 comments
San Francisco, CA22d

The Fourth of July, Independence Day, was on a Sunday this year. But Monday, July 5, 2021 is a holiday for many people, including most non-essential government workers. San Francisco City employees are all on a holiday schedule, meaning that City Hall is closed and the City and County's court system is also closed.
Read full story
Santa Clara County, CA23d