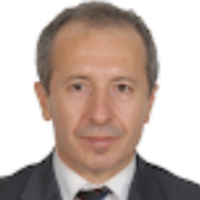 The content moderation issue is being escalated in the US.

I recently posted an article titled “Why Florida Government Focused on Content Moderation from a Different Angle: And how others react to this perspective” on News Break.

The inspiration of the article was a law introduced by the Florida government as the first of its kind attempting to regulate how social media organizations moderate online content.

Now, this situation is what happens on a broader scale.

In the video attached to the Reuters news article, Donald Trump made the announcement publicly. There were no comments from Facebook, Twitter, and Google on this article and several other posts that I reviewed earlier today.

This event may be interesting progress in social media censorship. I posted an article about the implications of Twitter suspending Trump’s account to News Break in January 2021. Since then, the issue is widely discussed in the press and social media.

The important law for the United States is Code 230 (Protection for private blocking and screening of offensive material).

As mentioned in the previous article, only Florida has a law for social media moderation allowing people to sue private organisations, but this new law in Florida was blocked by a judge on 3rd July with the premise of a potential violation of free speech.

In an article on CNBC, titled “Trump sues Twitter, Facebook, Google — and immediately begins fundraising off the effort”, an interview with a law professor was mentioned. The article quotes Vanderbilt University law professor Brian Fitzpatrick in a phone interview by CNBC, who said:

“I think the lawsuit has almost no chance of success. The tech platforms are private entities, not government institutions, and therefore the plaintiffs’ claims about constitutional violations do not hold up. I think this is just a public relations lawsuit and I’ll be honest with you, I wouldn’t be surprised if it ends with sanctions against the lawyers for filing a frivolous lawsuit.”

Professor Brian Fitzpatrick might be right considering the sentiments on social media. Many people believe that the constitution does cover private entities like Facebook, Twitter, and Google. They have the right to block offenders based on their policies and guidelines.

Here is a recent YouTube video highlighting this common perspective.

Here is the most recent one on my Twitter feed.

I believe Facebook, Twitter, and Google may comment soon as the issue is escalated in social media today. Let’s see what type of results we may get from these lawsuits. There are no dull moments in social media especially when politicians get involved in these platforms.

Freedom of speech is a vital point for citizens however the constitution has the final say on it.

Why Florida Government Focused on Content Moderation from a Different Angle

Why behavioral ads are bad for children and why we need to improve privacy laws. Online privacy is a global concern. The most prominent work on this issue, GDPR (General Data Protection Regulation), was introduced by the EU (European Union), addressing privacy concerns significantly.
Read full story
2 comments
2d

What can entrepreneurs learn from the Missouri technology ecosystem?. Openness and transparency offer great value to residents. People want to be heard and acknowledged. We want our problems to be addressed timely.
Read full story
Indiana State3d

Reflections from a state where government and business organizations work closely together for moving a sustainable ecosystem forward. In this article, I provide an overview of technology innovations, economic development, and key initiatives for infrastructure, sustainability, climate, and employment opportunities in the state.
Read full story
Connecticut State5d

What does human development mean, and why does it matter to humanity?. In this article, I introduce the topic of human development, emphasize its importance, and how Connecticut is leading this required field. Let's face it! Who doesn't want to experience a free, prosperous, and high-quality lifestyle, including for their loved ones?
Read full story
Pennsylvania State7d

How Pennsylvania government and partners lead small business innovations and investments. Small business is a critical success factor for the US economy. According to the Office of Advocacy, small businesses generate 44% of U.S. economic activity. In addition, the news release mentions that small businesses are the lifeblood of the US economy because they create two-thirds of net new jobs and drive US innovation and competitiveness. As the report points out this is a significant contribution. However, this overall share has declined gradually.
Read full story
Wisconsin State8d

A review of the entrepreneurial landscape, investment activities, and job opportunities for Wisconsin's healthcare and information technology sectors. Being home to a wide variety of cultures over the past 14,000 years, Wisconsin is known as America’s Dairyland. Governor Tony Evers has a remarkable approach to residents of the state.
Read full story
Michigan State10d

Michigan leads the smart mobility market globally. Here is the eye-opening progress of the state. Smart mobility is one of the fastest-growing sectors as part of the transformation, technology, engineering, and telecommunication industries. As the scope of mobility is comprehensive, in this article, I only focus on smart mobility involving the automotive industry, particularly smart vehicles such as electric and autonomous vehicles, on-demand transportation systems, logistics, technological components, and their economic impact.
Read full story
Alabama State11d

While technology-related businesses need to grow for the economy, they also require governance and law for sustainability. Technology law is exceptionally complex. It is an interdisciplinary study covering many sectors and disciplines. Nebraska is doing it right using a multi-pronged approach.
Read full story
Colorado State15d

The government and private sector, with a unique mindset, jointly work and create significant business development funds in Colorado. As a result, young startup ventures are making a real difference in growing the economy.
Read full story
Virginia State15d

STEM (Science, Technology, Engineering & Mathematics) is a group of disciplines preparing young people for future employment in Virginia. Education helps us create our reality. We owe our comfort to science, technology, and engineering. Mathematics is the prime tool to support these disciplines. Therefore, STEM education is a critical tool for our personal and professional development.
Read full story
Nevada State17d

Governor Sisolak paints a beautiful picture on the blank canvas of Nevada. There will always be naysayers to stop innovative thinking and create unnecessary hurdles. However, Governor Steve Sisolak shows the big picture with the best intention at heart for the residents of Nevada. His goal is to elevate a huge flag saying that "Nevada is open to innovation".
Read full story
California State18d

Digital Media in California made massive progress in this decade and is now leading the sector globally. Experts claim that Silicon Valley is now the media capital of the world.
Read full story
California State20d

July is the "Disability Pride Month" in the US. 2021 is the 31st Anniversary of the ADA. Millions of people suffer from disabilities globally. To give you an indication, according to a WHO (World Health Organization) report, there are around 253 million blind, 466 million deaf, 200 million intellectually disabled, and 75 million people in wheelchairs with mobility disabilities.
Read full story
1 comments
Miami, FL23d

The massive energy expenditure in the crypto world is sparking innovative ideas globally. Miami is one of the most innovative cities in this collaboration as featured in the New York Times recently, thanks to a visionary mayor, crypto savvy residents, and the natural capabilities of the city.
Read full story
New York City, NY24d

Leveraging technological advances with health and fitness awareness can contribute to sustainable lifestyles for large cities like New York. Our health is the most precious possession in life. And fitness is essential for health. But fast and convenient commuting entered the equation in rapid economic development in large cities.
Read full story