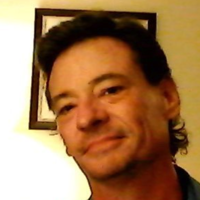 Sam’s No. 3 fills up hungry Denverites

When I lived in Glendale, I ate almost every single meal at Sam’s No. 3.

Sam’s No. 3 is perhaps the cleanest diner in the country. It is shockingly clean, as I always said when I would frequent its Glendale location.

This diner is a place where people do business as much as they make small talk. The hum of Sam’s No. 3 comes from busy people. That includes everything from families busy having fun to co-workers making merry after a deadline.

Sam’s has three locations around the Denver metropolitan area: Downtown, on Cherry Street in Glendale, and on Havana in Aurora. All locations have the same comfort food that will make your mouth water endlessly.

I love diners. I could be happy eating at Village Inn all three meals a day, too. But Sam’s No. 3’s menu is vast compared to Village Inn’s.

Sam’s is not just some greasy spoon that aims for the middle. Sure, Sam’s has pancakes and burgers, like any diner should. But they’ve also got “Spero” burritos, named after the original owner. And their own famous Green chili, a Colorado favorite.

Several Greek dishes at Sam’s are delicious. The Greek burrito is one of my favorites.

There are fun coffee drinks for those who don’t imbibe. I relapsed from sobriety at Sam’s. I don’t remember them having all the amazing coffee drinks they do now, like the Van Halen latte.

Being new to Denver upon moving from Illinois to Glendale, I was drawn to the active, fun bar at Sam’s. I had just inherited money from my dad. I thought I was a millionaire (I was not) and rather foolishly spent a lot of money eating out and on other whims. In fact, there were many days I would eat at Sam’s for breakfast, lunch, and dinner, plus spend time in the bar. I dopped a boatload of money there.

Needless to say, I’ve tried a lot of their dishes. Where’s the best Aurora omelet for breakfast in Aurora? At Sam’s, complete with the signature Polish sausage.

As for the Denver omelet? If you want one in Denver, make it an “Avalanche Omelet” from Sam’s. This omelet contains bacon, onion, bell pepper and American cheese. But Sam’s has the original Denver omelet, too.

While Sam’s sticks to all things delectable as opposed to worrying about the waistline, the restaurant makes an attempt at a healthy choice. It’s called the High Maintenance Gluten-Dairy Friendly skillet. Breakfast potatoes, sauteed onions, mushrooms, and bell peppers. Topped with avocado slices. Yum.

Appetizers range from cheese curds to macho nachos. You can order salads galore. My choice is the Cowboy Caesar, which comes with sliced steak, red onion, blue cheese crumble and parmesan cheese.

You can order anything from a gyro (which I highly recommend) to a ribeye steak at Sam’s.

In short, Sam’s menu isn’t. It’s a huge selection of hearty foods you never would have thought to try together.

So, who thought up the goodness Denver knows and loves calls Sam’s?

“Sam’s No.3 name and foods have been a Denver staple since 1927 when Sam Armatas, an immigrant from Lefkada, Greece, opened on Curtis Street in downtown Denver,” according to the restaurant’s website. “Spero (son of Sam), Alex, Patrick, and Sam (grandsons) re-established their first brick and mortar Sam’s No.3 in Aurora in 1998, in downtown Denver—back on Curtis Street and across the Street from the original location, in 2003, and in Glendale in 2013.”

Where to find Sam’s

I would go so far as to say Sam’s may just be the best restaurant in Denver. It already calls itself “Denver’s best diner.” The food is delicious, and the portions are generous.

And everyone always is having a good time at Sam’s No. 3. The only bad thing about Sam’s is that its locations aren’t open 24 hours per day. A series of events has left Denver without an all-night diner.

The Denver City Council voted Monday to change its vernacular, replacing the term “illegal alien” with “worker without authorization.”. It also voted to protect people with ethnic hairdos from discrimination. Both measures had been advanced by the city’s tireless anti-racism officer, Kim Desmond. The council bid Desmond farewell Monday as she embarks on a new jury as the anti-racism officer for the city of San Diego.
Read full story
1 comments
Boulder, CO3d

Boulder’s requirement that homeless people be residents of the city for at least six months to receive shelter has been nixed. Kurt Firnhaber of Boulder’s housing agency told 9 News the city is concerned the change in policy will increase demand for homeless beds in the city.
Read full story
Denver, CO3d

Denver LEAD program like a get out of jail free card

A program aimed at keeping low-level offenders with behavioral health problems out of Denver’s jails is up for renewal. The LEAD, or Law Enforcement Assisted Diversion program, shuffles low-level offenders with behavioral health problems into intensive case management instead of jail. Empowerment Program Inc. contracts with the city to provide the case management services.
Read full story
Denver, CO3d

At first glance, Denver Mayor Michael Hancock and Aurora Mayor Mike Coffman don’t appear to have much in common besides both being named Mike and serving as mayors of large Colorado cities.
Read full story
7 comments
Denver, CO3d

Denver Mayor Michael Hancock has announced his appointments to the Denver LGBTQ commission. The City Council will vote Monday to approve them. The commission advises the mayor and city council on matters of interest to gay men, lesbians, and gender diverse peoples.
Read full story
Boulder, CO6d

Backers of an initiative that will be on the November ballot in Boulder called “Bedrooms are for people” may lead you to think the city is going to relax its housing limits.
Read full story
1 comments
5d

People with mood disorders are at greater risk for being hospitalized because of COVID-19 and even dying from it. That’s according to a study published Wednesday in JAMA Psychiatry. The study was led by Felicia Ceban, department of immunology at the University of Toronto, Canada. Ceban also serves in the Mood Disorders Psychopharmacology Unit, Poul Hansen Family Centre for Depression, University Health Network, Toronto.
Read full story
9d

A study published Monday in Journal of the American Medical Association shows that many seniors who experience loneliness are prescribed a host of dangerous medications, from opioids (highly addictive painkillers such as Percocet) to benzodiazepines (habit-forming anti-anxiety medications like Xanax or Ativan).
Read full story
1 comments
Denver, CO9d

Denver Mayor Michael Hancock, who has ties to the White House and recently visited, has called upon the federal government to help cities combat homelessness. He made the plea during Monday’s State of the City Address.
Read full story
5 comments
Boulder, CO10d

The question of whether furs should be sold in Boulder has made the November ballot, but it didn't happen without spunk from the organizers. “On June 15, the City Clerk, after examining 90 sections declared to contain 4,545 signatures, determined that there were 2,976 valid signatures and did not meet the 3,336-signature requirement,” according to an executive summary for the City Council. “All of the 90 petition packets were reviewed. The City Clerk found 1,569 signatures not valid.”
Read full story
1 comments
Denver, CO10d

Some members of the Denver City Council are pushing to strip Mayor Michael Hancock of his powers to appoint the Office of the Independent Monitor, or OIM, which oversees police brutality complaints.
Read full story
3 comments
Denver, CO11d

The city of Denver is considering protecting people with certain hairstyles from discrimination. The City Council will consider an ordinance Monday to protect those with “A hair type, or hairstyle that includes braids, locks, twists, tight coils or curls, cornrows, bantu knots, afros, and headwraps commonly or historically associate with one’s race,” according to a report from the city attorney’s office.
Read full story
9 comments
Denver, CO11d

Denver workers watch as a backhoe deposits a homeless encampment into a garbage truck.Denver Homeless Out Loud. It doesn’t help that they’re used to losing everything. Most homeless people whisked from the public right-of-way during encampment sweeps are losing everything they have, a new survey shows, from important documents to family heirlooms.
Read full story
11 comments
11d

Black teens face racial discrimination on average five times per day, “underscoring the extent to which anti-blackness is woven into societal fabric,” according to a new study.
Read full story
68 comments
Evans, CO14d

When it comes to salt, the goats of Mount Evans aren’t kidding around. The goats crave salt so much they have been spotted working as car washers (lickers) in the high country. Tourists muse as goats run up to their cars as they go up the mountain, sometimes even crawling underneath a vehicle to get a few good laps at the salty undercarriage.
Read full story
1 comments
Denver, CO16d

To people experiencing homelessness, those homeless with a car have it good. A car can at least start up and go when the police chase you off from a sleeping spot. People who sleep in their car often are employed in the gig economy, driving for Uber, for example. I have known people experiencing homelessness who drive for Uber and food delivery services.
Read full story
9 comments
Denver, CO18d

Front Range urbanites have clashed with members of the wild kingdom several times this month. A bear opened a window in Boulder, crawled inside and ate all the cat food. A mountain lion took refuge under someone’s porch, freaking out the city housecat inside.
Read full story
6 comments
Denver, CO20d

Not more than six months since its last production thrust homelessness in Denver out of the shadows, Emancipation Theater Co. has produced a sequel to its acclaimed “Message to the Mayor.”
Read full story
2 comments
Colorado State20d

Space Exploration Day is Tuesday, July 20. And if it’s not a big deal in Colorado, it seems it should be. Colorado long has been home to businesses dedicated to blasting people and things into space. Perhaps the largest customer has been the United States government.
Read full story