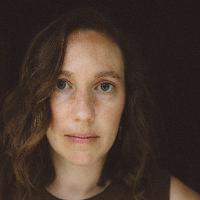 I'm a lifestyle writer with a focus on trends, fashion, parenting and business. My stories have appeared in the New York Times, Washington Post, Chicago Tribune and more. I live just outside Chicago with my husband, daughter, two cats and a dog. I love to travel to exotic locations and to read memoirs.

The famous Chicago hotel closed for a year, but announced reopening plans.

Socially distanced, masked Chicagoans gathered around the Palmer House Hilton during the pandemic to say final “goodbyes” to the hotel that’s hosted Judy Garland, Frank Sinatra, Ella Fitzgerald and more. They peeked into the lobby where the original chocolate fudge brownie was created and served, and they took photos in front of the building which housed the first hotel elevator.

“Reopening a grand hotel of this stature is no easy task,” says Dean Lane, the area general manager of the Palmer House. “In the months leading up to reopening day, the team at Palmer House vacuumed over 4 miles of carpet, changed 10,000 light bulbs, and for the first time, filled 14,600 gallons of water into our new swimming pool.”

They’ve come through larger hurdles than a few repairs, cleaning and the creation of a swimming pool to get here, however.

Around since 1871, the Palmer House was first destroyed by the Great Chicago fire. It was rebuilt by Potter Palmer for $1.7 just 2 years later, re-opening in 1873.

And then came the pandemic. The Cook County Circuit Court accusted the owner of the Palmer House Hilton of defaulting on the $333.2 million mortgage in August 2020, and the hotel went into foreclosure. The suit said the owner, an affiliate of Thor Equities, owned $337.8 million which included the principal, the interest and the penalties. There was an additional $94.4 million mezzanine loan (a higher-interest debt).

Lane says the foreclosure, however, is part of a litigation process regarding property financing that’s affecting an increasing number of commercial real estate groups throughout the globe resulting from the pandemic.

“The appointing of a receiver is part of a legal process, and doesn not impact the operating status of the hotel,” he says. He declined to respond to questions regarding how the hotel got the funds to renovate and reopen the hotel.

Still, Lane says the reopening of the hotel had always been based on the loosening of the Covid guidelines with the city and the state, along with the return of business levels. Since Chicago moved into Phase 5 with a full reopening on June 11, they decided the time was right.

In addition to the new indoor pool, Lane says the Palmer House Hilton will be celebrating its 150th anniversary this year, and plan on celebrating via multiple events throughout 2021.

“When the hotel is faced with adversity, we will continue to always rise like a mythological phoenix,” Lane says. “The challenges of the pandemic are now transitioning into triumph for us.”

Chicago’s hotel sector is crawling out of the basement in terms of occupancy driven by leisure travel, but there’s still a long way to go: years, not months, says Jon Peck, principal of Peck Hotel Consulting, a Chicago-based hotel consulting firm.

According to data from STR, which offers industry hospitality data, hotel occupancies in downtown Chicago are at about 20 percent, based on Chicago’s open hotels. About ⅓ of the more than 300,000 rooms in Chicago aren’t counted because they are currently closed.

As demand picks up, the other persistent challenge for hoteliers in Chicago and throughout most of the country is staffing. Just as hotels recover from the demand shock, they are (in many cases) unable to find the staff they need to care for their customers, Peck says.

“Government and the private sector need to work on common sense solutions to resolve this sooner, rather than later,” he says.

I'm a lifestyle writer with a focus on trends, fashion, parenting and business. My stories have appeared in the New York Times, Washington Post, Chicago Tribune and more. I live just outside Chicago with my husband, daughter, two cats and a dog. I love to travel to exotic locations and to read memoirs.

The new members-only club in Chicago

Scottie Pippen is renting out his Highland Park home on Airbnb for $92 per night.Credit Airbnb. NBA star and olympian Scottie Pippen opens his Illinois home for Airbnb stays. (Chicago) If your Olympic dream never materialized, not all is lost. You can now live like an Olympic champion - albeit briefly. Olympian and former Highland Park resident Scottie Pippen, is renting out his mansion for $92 per night on Airbnb for three August dates. Those dates - August 2, 4 and 6 - coincide with the Olympic Games’ basketball competitions, which will be aired on NBC, and may be streamed onto Pippen’s home theater.
Read full story
19 comments
Long Grove, IL19d

Stephanie Izard created a new line of pantry-friendly staples during the pandemic.Credit Anthony Tahlier. One lasting upside from the pandemic: You can now stock your pantry with local chef-made goodies.
Read full story
2021-06-30

What happens when a comedian and a chef create a podcast?. 77 Flavors of Chicago visited Nicky's in Beverly to try this sandwich.Credit 77 Flavors of Chicago. (Chicago) It all started in a comedy show in Uptown Chicago in November 2019.
Read full story
1 comments
2021-06-28

The new dumpster divers in Chicago

Illinois is saving the bees

A miniature pig has solved her legal battles with Morton Grove. Cotton the Pig will be allowed to continue living in Morton Grove.The Minx family. (Chicago) Cotton, the 70-pound miniature pig, had only one apparent desire: To make her home in Morton Grove permanent. But the village, which is 13 miles north of the Loop, had other plans for little Cotton.
Read full story
3 comments
2021-06-21

Why Chicago street vendors can finally cook in their own kitchen

Street vendors are finally experiencing freedom in Chicago.Street Vendor Project. (Chicago)It’s been a long hustle, but Chicago street vendors can finally cook in their own kitchen. Following a decades-long struggle, Chicago-area street vendors bought their own West side commercial kitchen - the final step in sealing their identity as legal vendors.
Read full story
8 comments
2021-06-11

200 birds are dying daily in Chicago

Light pollution isn’t just bad for the environment: It’s also killing the birds. Light pollution is killing Chicago's birds.Credit Raphael Rychetsky. (Chicago) One by one, the birds fly happily toward Chicago’s McCormick Place, just south of the Loop. And one by one, they hit the convention center and fall to the cement, dead.
Read full story
13 comments
2021-06-10

Move into Chicago’s own Barbie Dreamhouse

Chicago is one of the top Instagrammable spots in the world

Jessica Alzamora, a full-time Chicago-based influencer, loves to take pictures throughout the city.Jessica Alzamora. A new study places Chicago in the top 10 most Instagrammable places across the globe.
Read full story
6 comments
2021-06-03

Chicago’s Boystown neighborhood quietly drops its quirky nod to its gay culture. Littered with rainbow flags, gay bars and signs welcoming the LGBTQ community to the neighborhood, the area of Chicago nestled within East Lakeview from Halsted Street between Barry Street and Irving Park Road has been lovingly referred to as “Boystown” for as long as anyone living there can recall.
Read full story
27 comments
2021-06-01

Chicago is ready for tourists and staycationers with five new hotels. Pendry Hotel is one of five to hit the Chicago travel scene.Credit Pendry Hotel. (Chicago) It’s been a rough year, but Chicago is officially back in business with five brand new hotels. One is astride Navy Pier; another boasts a Michelin-starred chef at its restaurant; and yet another is housed in the third tallest building in the city, with the award-winning Alinea Group at the helm. It’s time to pack your bags.
Read full story
3 comments
2021-05-24

Frida Kahlo, Self-Portrait with Small MonkeyCollection Museo Dolores Olmedo, Xochimilco, Mexico. (Chicago) Frida Kahlo is heading to the Mcaninch Arts Center at the College of DuPage in Glen Ellyn starting June 5. Never heard of this relatively small arts center 24 miles west of Chicago? You’re not alone. But thanks to this upcoming Frida Kahlo exhibit, Glen Ellyn and the McAninch Arts Center (MAC) may find itself in the center of the art world map.
Read full story
1 comments
2021-05-21

Farmer's market deliveries are ready to go.Irv & Shelly’s Fresh Picks. Farmer’s markets in the Chicago-area pivoted. Will they be successful?. (Chicago) Just like nearly every other profession, farmer’s markets took a major hit during the pandemic.
Read full story