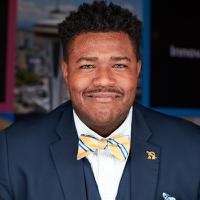 Becoming a firefighter is one of the most challenging and rewarding career paths people can pursue. Firefighters do more than just extinguish flames. They treat the sick and injured, educate about fire safety and teach preventative measures from fires. Overall they save lives. If these actions sound appealing, then your opportunity has arrived. Miami Dade Fire Rescue (MDFR) is launching a mass hiring event for certified and uncertified individuals who want to join the fire department. “We need more heroes on the street. With all the things that go on in Miami, you only see so much on the news. The more heroes we have out there, the more people see what great of a job we do and how good of a job it is” said Jacorey Harris, Miami Dade Fire Fighter and former pro football player.

The mass hiring for MDFR starts on May 24 and lasts until June 20. Interested candidates can go on www.miamidade.gov/jobs to apply. The requirements for MDFR are a high school diploma or GED, a clean background, and a valid driver's license. The last mass higher MDFR hosted was in 2018, that period saw 15,000 applicants. MDFR launches a mass hire every three years because staff stays on for so long. “Every three years we have a mass exodus. A lot of people retire from the department after putting in 25, 30, or 40 years,” said Keith Bell, Captain of MDFR. Bell is in charge of this year’s mass hire. He and MDFR made a huge effort to get the word out. Not only did they blast the message on social media, billboards, and radio ads, Bell and his team held informational sessions in Miami Gardens and Opa Locka.

Joining the fire department is a tough but attainable goal. Captain Bell expresses how capable the job is. Most of the calls they get are for medical emergencies, “About 15 percent of our calls are for fires, the rest are medical calls. People are leaving us every day. We get a lot of high blood pressure calls.” said Bell. Similar medical emergencies like cardiac arrest and strokes are items firefighters handle. They are also called to the scene when car accidents and drug overdoses happen.

Bell explained what benefits come with joining the fire department. The fire department covers half of the college tuition for firefighters who decided to go back to school. Firefighters only work two to three shifts a week. A normal shift is 24 hours

“A lot of people lost their jobs during the pandemic. In the fire department, we work 24/7 365 days a year. It is impossible to lose any hours or benefits because of pandemics,” said Bell.

Jacorey Harris is an example of how one can flourish at the fire department. Harris was a quarterback for the University of Miami. He made it to the NFL and played in the Canadian Football League. It wasn't until 2020 where he decided to join MDFR to make a difference in the community he grew up in, “Once when you get out in the field and start saving lives that's when you realize, “Yeah this is my true calling. This is what I want to do with my life,” said Harris.

Harris currently works at Station 57 in Kendall. Before that he was stationed in Liberty City, where he was doing several emergency calls a shift, “Everyone's situation is a real one but there are some that are more intense than others. I had to assist an old man who had fallen out of his chair. I also had a call that involved a drive-by shooting. The career is tough but very rewarding,” said Harris. MDFR aims to expose this opportunity to everyone eligible to apply. The window for the mass hire closes on June 20.

The Center For Black Innovation (CFBI) is an entity that has assisted South Florida Black entrepreneurs for years. Formerly known as Black Tech Week and Code Fever, the organization has brought resources to the locals who are serious about starting and scaling a business. Now CFBI's latest project is ready to make changes across the country. CFBI has selected its first cohort of entrepreneurs for its Ecosystem Builders Fellowship.
Read full story
Broward County, FL25d

Artists throughout history have used music to convey a message. Reggae recording artist Causion, is using music to convey the message of health, specifically men’s health. Causion is an advocate for colon cancer. He is currently battling the disease at stage three. However, his optimism and the music are fueling him to stand and fight his condition every day. Causion's current state motivated him to launch his Thank You Mission.
Read full story
Florida State2021-06-25

Documentaries are a form of filmmaking that challenges conventional thinking along with educating the audience on certain topics. A documentary that recently premiered uncovered the history of Black people and their relationship to water. Wade in the Water: Drowning in Racism is a short film about the struggles of desegregating the beaches and the pools in South Florida.
Read full story
Miami, FL2021-06-16

The cast of Bae Night celebrating their award at The Miami Web FestCourtesy By Miami Web Fest. Original web series and movies are being sought after by Netflix, Amazon, and other movie companies. Rising filmmakers who want their material on those platforms sometimes have to go through several obstacles just to get a meeting with somebody from the company. Bryan Thompson wants to eliminate those obstacles and bring talented filmmakers and company executives into the same space. Thompson founded the Miami Web Fest, a movie festival where independent filmmakers from around the world gather to learn and network their way to success in the movie industry, ”Essentially Miami Web Fest is about helping independent filmmakers understand the industry they want to live in and how to capitalize on their content in a way that gets them to their dreams,” said Bryan Thompson, CEO of the Miami Web Fest.
Read full story
Miami, FL2021-06-13

Mental Health has transitioned into the center of the conversation when it comes to individuals' well-being. With the 2020-2021 school year being mostly virtual, this was a challenging year for teachers, students, and parents. This school year possibly puts a huge strain on students' mental health. Broward County Public Schools (BCPS) decided to take action and implement a Mental Health Screening Pilot Program. This is an attempt to check in with the students so they are not suffering in silence, “Mental Health struggles do interfere with learning. We are removing these barriers so the students can get help for all the different aspects of their life. We don't want them suffering in silence anymore. ” said Cassandra Thompson, BCPS Mental Health Assistance Allocation Regional Team therapist.
Read full story