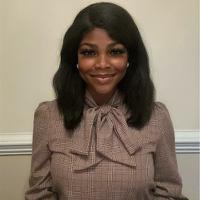 Random citizen with a knack for reporting on my local community, politics, and general discourse. Check out my blog site and find me on twitter @ChidiJMichaels!

A man seems to have murdered his 2-year-old son and later himself this past Thursday.

The Maryland State Police said in a statement Friday that the bodies of Dawson Thomson, 2, and his father, Sean, 34, were found along the Appalachian Trail in Washington County at about 3 a.m. Friday.

Dawson’s mother, Sean's wife, reported the pair missing around 10:30 p.m. on Thursday. She recounted Sean Thomson picking Dawson up from her parents’ home near Boonsboro at around 8:30 p.m. that evening; Sean then reportedly told Dawson's grandparents that he and the child were to go hiking.

She discovered her husband’s car in the entrance parking lot at the Boonsboro Appalachian Trail, subsequently calling the authorities to report the two missing. She also revealed to police that Sean Thomson had been "despondent lately".

The police are currently treating the deaths as a murder-suicide.

Shortly after 3 a.m. today, the body of the child was found in a ravine off the trail, more than a mile north of where the car was located,” a news release said.

Sean Thomson’s corpse was discovered less than an hour soon after. The vicinity of both bodies to one another was not instantly obvious.

The police said a knife was recovered from the scene, which they described as “a rugged location accessible only on foot.” Baltimore's chief medical examiner is currently performing autopsies on the bodies.

The Maryland State Police Homicide Unit says that the motive is unclear and that the family was living together with no significant issues. They are asking anyone with more information on this crime to call them, Frederick Barrack, at (301) 600-4151.

Random citizen with a knack for reporting on my local community, politics, and general discourse. Check out my blog site and find me on twitter @ChidiJMichaels!

(Jasmin Merdan / Getty Images) A top Maryland health official told the press Friday the state is considering requiring proof of vaccination in some settings. No conclusions have yet been made, but it is affirmation of the expanding apprehension to increase the vaccination rate, which has notably decelerated.
Read full story
2 comments
Maryland State6d

MD Man Arrested for Threatening Dr. Fauci, Said Fauci Would Be ‘Dragged Into Street, Beaten to Death, and Set on Fire’

A Maryland man was arrested for persistently threatening to harm Dr. Anthony Fauci and his family, along with another top physician. Thomas Patrick Connally Jr., aged 56, allegedly sent various emails that over and over again threatened acts of gun violence, physical beatings, torture and arson, according to a criminal complaint unsealed Tuesday.
Read full story
2 comments
Maryland State6d

The Associated Press reported earlier Monday that Thomas Manger had been chosen as the new chief of the Capitol Police.(AP Photo/Carolyn Kaster) A police official who has headed massive departments in Maryland and Virginia has been designated as the new chief of the U.S. Capitol Police in the fallout of the January 6th insurrection, whereupon pro-Trump rioters stormed the property in a brutal rampage, interrupting the certification of now-President Joe Biden’s win.
Read full story
Maryland State6d

The woman is known as "Grateful Mom" for anonymity purposes.(Courtesy of The Maryland Lottery) For anyone that believes that their fortune is against them, this is a reminder to never say never. A Maryland Uber Eats driver and mother of five is sitting comfortably after buying a scratch-off lottery ticket a few weeks ago that eventually earned her $250,000.
Read full story
6 comments
Maryland State13d

(via Robert Lang, WBAL-TV 11) Governor Larry Hogan recently signed a proclamation that officials say will help the state continue to respond to the COVID-19 pandemic. The proclamation signed this past Monday, also uploaded onto the governor's website, "declares that a State of Emergency and Catastrophic Health Emergency continues to exist in Maryland."
Read full story
23 comments
Baltimore, MD15d

(Eric Baradat/AFP via Getty Images) A Baltimore police officer and his supervising sergeant have been indicted after the officer allegedly body-slammed a teenage suspect onto pavement and threatened to choke him to death as he was struggling to handcuff him, prosecutors reported this Friday.
Read full story
3 comments
Maryland State16d

Members of the "boogaloo boys" join other gun rights advocates in front of the State House as pro-gun supporters gather on January 18, 2021.(Spencer Platt/Getty Images) A Maryland man who was part of an anti-government radical movement was sentenced this past Thursday to six months of home confinement for the illegal possession of a firearm.
Read full story
5 comments
Maryland State17d

MD House speaker says that she supports a referendum to legalize marijuana on next year’s ballot. House Speaker Adrienne Jones announced a workgroup on Friday to study how to implement a recreational marijuana program in Maryland, if voters approve.
Read full story
Maryland State17d

(Photo illustration by The Daily Beast) More than three years after the attack on the Capital Gazette newspaper that left five dead, survivors and family members of victims embraced in relief and applauded the jury for quickly rejecting the gunman's plea of not criminally responsible by reason of insanity.
Read full story
4 comments
Maryland State2021-06-27

(Photo via CBS Baltimore Staff) Tom Perez revealed that he will run for Maryland governor this past Wednesday morning. Perez has a long government resume, holding positions on the state, local and federal level. He is a former Maryland Labor Secretary and former Democratic National Committee Chairman.
Read full story
8 comments
Maryland State2021-06-27

MD Board Of Education Evaluates Spending $2 Billion In Stimulus Funds

The Maryland MARC Rail and Commuter Bus lines are planning to return to full service on August 30, the Maryland Transit Administration announced on Monday. As COVID-19 restrictions begin to ease and life begins returning to normal, representatives have said that the return to pre-COVID schedules are anticipated to aid the constituents htat use public transit to travel to work, school, appointments, and entertainment.
Read full story
Anne Arundel County, MD2021-06-27

$1.7 Million in Drugs Were Confiscated in Arrest, Two People Detained

Anne Arundel County Police arrested and charged two people in connection to a drug trafficking ring and conspiracy to disseminate heroin, cocaine, "crack" and fentanyl spanning October of 2019 to May of this year.
Read full story
5 comments
Maryland State2021-06-25

MD Hospitals to Require COVID-19 Vaccination from All Employees

(Photo via Nashville Tennessean) Maryland’s 60 hospitals and healthcare systems banded together Wednesday to announce that they will require all employees and clinicians to receive COVID-19 vaccinations.
Read full story
2 comments
Maryland State2021-06-22

(Photo courtesy of Jon Baron’s campaign website) The previous nonprofit executive, Jon Baron (D), has announced he is running for governor of Maryland. The Democrat made his gubernatorial bid official in an announcement on Monday; it is the very first time Baron has run for any public office position.
Read full story
Maryland State2021-06-22

More than one million fraudulent employment claims have been filed in Maryland since the start of the COVID-19 pandemic, according to the Maryland Department of Labor. In the department’s press release Monday, the state DoL announced that over 508,000 fraudulent new unemployment insurance claims have been detected since the start of May — bringing the total number of fraudulent claims to just over 1.3 million.
Read full story
1 comments
Maryland State2021-06-22

Gov. Larry Hogan (R), center, shakes hands with Rep. Jamie Raskin (D) at a news conference to introduce the Thomas Bloom Raskin Act.(Marvin Joseph/The Washington Post) Almost six months since Rep. Jamie Raskin (D) lost his son, Thomas or “Tommy” Raskin, the Maryland congressman met with Governor Larry Hogan and other lawmakers in Annapolis on Monday to divulge a new state program that seeks to deal with mental health issues. This program is to be named after the son of Rep. Jamie Raskin, who died by suicide in December of last year.
Read full story
Talbot County, MD2021-06-20