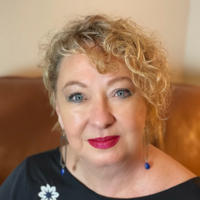 My purpose is to inspire and inform. You can read more by me on Medium.com/@carollennox, and on the Good Men Project. I've had a lifetime of valuable experiences, and I want to share the lessons I've learned readily, or been forced to learn. I'm a psychotherapist, a hypnotherapist, a mother to my amazing son, Blake Scott, whom I write about often. I also write about race, equality, social justice, sex, government, and Mindfulness, not in that order.

Has Austin, TX Waited too Long to Find Alternative Housing for Homeless Campers?

On May 6, 2021, Austin City Council asked the City Manager's office and staff to come up with a plan and land to relocate homeless people who were camping under underpasses, in medians, and all over the city of Austin. That was five days after Austin voters passed Proposition B to ban homeless camping throughout the city. Five days isn't enough time to help those criminalized by the passing of Proposition B.

Save Austin Now, a PAC formed to compose the proposition and push for it to pass, had been touting it for months before the vote. Even those campaigning against the proposition didn't really hold out much hope that it wouldn't pass. So, for months, the city knew that recriminalizing homeless camping and panhandling was most likely coming. Why wait until five days after the vote to begin looking for solutions?

Granted, leaders did begin meeting in March and April in a stakeholder summit, and created a plan to increase local services, and build or buy housing units for between 1,000 and 3,000 people by April 2024. That's three long years away. Too long to help most of the people currently camping in the city.

Laura Huffman, president of the Austin Chamber of Commerce stated then, "Like a lot of complicated issues, one of the big things that had to happen was people had to...agree that this was a complex problem and it was going to require a big set of solutions." While true, it doesn't explain why the active search for those solutions started as late as March 2021.

In addition, most of the summit plan's funding is still not in place. It's estimated to cost around $515 million to house 3,000 people. Over 43% of that, according to Community Impact Newspaper, is needed form local and federal funding sources that haven't been allocated yet.

We're now seeing the unfortunate results of waiting so long to begin offically addressing the issue. As the city of Austin and the Austin Police Department roll out a tiered approach to getting people in the encampments to clear out, those encamped have no official place to go in the short run. The tiered approach is a compassionate one, based on the fact that writing tickets and arresting campers immediately will only make matters worse. The more in debt someone who is homeless gets with misdemeanor tickets, the less likely they are to be able to ever climb out of homelessness.

Still, even with an approach that doesn't immediately give homeless people a criminal record for camping and panhandling, the problem of where they should move after the highest level of the tier is enforced has not been resolved.

In the short run, the city of Asutin is converting a hotel it owns on Oltorf and I-35. It was first used to house people with COVID. Residents of the most high profile encampments are being encouraged to move there temporarily.

My purpose is to inspire and inform. You can read more by me on Medium.com/@carollennox, and on the Good Men Project. I've had a lifetime of valuable experiences, and I want to share the lessons I've learned readily, or been forced to learn. I'm a psychotherapist, a hypnotherapist, a mother to my amazing son, Blake Scott, whom I write about often. I also write about race, equality, social justice, sex, government, and Mindfulness, not in that order.

Austin, TX Zilker Park.Photo by Tomek Baginski on Unsplash. Austin, Texas is famous for its festivals. Although most were canceled or postponed in 2020, many are being reopened with safety measures in place in 2021.
Read full story
1 comments
Austin, TX2d

When Out on the Town in Austin, TX, Go to Two of the Weirdest Bars in the City Whose Motto is "Keep Austin Weird."

Photo of Blues singer and an armadillo in C-Boys.Photo by Blake Burwell. While it is true that other bars in Austin, and even in other cities, sport chicken bingo, there's only one on S. Congress Street in Austin, TX where the chicken bingo can be the main draw on Sundays, along with the country music that's only played on that day. The rest of the time it's soul and R&B at C-Boys Heart and Soul.
Read full story
Austin, TX2d

Where can you find a Museum of the Weird and a Building full of Uncommon Objects? Only in Austin, TX of course

Movie screen on rooftop in Downtown Austin, TXPhoto courtesy of 365 Things Austin. I grew up going to drive-in movies with my parents. I remember the tinny sound from the speakers, never duplicated and so therefore distinctive. We played on a gravel playground before the movie started, and during intermission. Later, as a teen, we sat on the hood to watch the movie, when we weren't making out inside the car.
Read full story
Texas State5d

You Can Take a Walk Through History and Culture on the Tejano Trails in Austin, Texas

Emma S. Barrientos Mexican American Cultural Center.Photo courtesy of Solis constructors. Like most of Texas, Austin has a rich Mexican American/Tejano past. Texas once belonged to Mexico, and many Latino families in Texas have been here since before Texas became a state. The free walking tour on the Tejano Trails in the city of Austin invokes much of that rich heritage.
Read full story
Austin, TX7d

Blues on the Green Returns to Zilker Park in Austin, TX

Stage for Blues on the Green in Zilker Park.Photo by Tomek Baginski on Unsplash. Blues on the Green, sponsored by Austin City Limits Radio, is the penultimate Austin music scene. It's outdoors. The large stage is in beautiful, open Zilker park, where the downtown skyline is the backdrop. In past Blues on the Green events, the audience filled every square inch of space with blankets, coolers, and dancing in the grass. It's Austin's largest free concert series. The music is bluesy, which is pays homage to Stevie Ray Vaughn, Doyle Bramhall, Lou Ann Barton and many other famous Austin blues masters.
Read full story
Austin, TX5d

T-Shirt design by Cami of the Love Tribe.Photo courtesy of Beautifully Loved. Beautifully Loved is a non-profit organization dedicated to providing emotional, mental and practical support to children suffering from chronic illness and their families.
Read full story
Austin, TX8d

Photo of Medical Doctor.Photo from National Cancer Institute on Unsplash. I broke both my ankles on July 3, 2021. As one writer colleague pointed out, I lost my independence the day before Independence Day.
Read full story
Austin, TX8d

Best Pizzas in Austin, Texas if You Aren't Italian

A wood burning oven to make pizza.Photo by Louis Hansel on Unsplash. I will list some of the best pizzas in Austin, TX, but I must confess to a bias. I've been to Italy. So there's that. Also, the best pizza I've ever had is a family owned small franchise only found in Fort Worth, Texas, named Mama's Pizza. They don't ship, but if you're ever there, grab a pie. You can thank me later.
Read full story
Austin, TX9d

Displacement and Zoning are Issues with any Affordable Housing and Higher Density Projects in Austin, TX

Tallest residential building in Austin, TX.Photo by Tomek Bazinsky on Unsplash. One of the factors in developing affordable housing in Austin, TX is that developers make more money building multi-family projects than single-family homes. Therefore, developers seek density bonus programs with the city of Austin, or DBPs, which offer them more area to build on, or in most cases more area to build up. That's the main reason high rise multi-family dwellings are being constructed throughout Austin.
Read full story
Texas State9d

Project Connect, Like the Stalled CodeNext, has Potential Issues with Displacement of People Near the Light Rails

Project Connect in Austin, TX promises to take the concerns and issues of neighbors who will be living next to the new proposed Orange and Blue rail lines into consideration when locating stations and beginning construction.
Read full story
Austin, TX14d

Homelessness No Camping Law Enacted After Proposition B in Austin, Texas Enters Third Phase of Enforcement

Evan Maddemma packs his belongings into a bin provided by the City of Austin (Grace Reader, KXAN) "We started on the hike and bike trail around North Pleasant Valley and made our way to around City Hall. During this phase we are putting out outreach and explaining what's going on. We didn't write citations today but we did write warnings, making sure people know what's going on," says Justin Cummings, The Austin, TX police officer tasked with enforcing Proposition B. Prop B passed May 1st, 2021, effectively making camping by people experiencing homelessness illegal within Austin and Travis County.
Read full story
5 comments
Austin, TX15d

Friendly mural in the city of Austin, TX.Photo by Florence Jones. For that matter, they likely don't understand Texans much at all. We will be the first to tell you we are our own breed.
Read full story
1 comments
Austin, TX17d

Austin, Texas Moved to Stage 3 of Covid Risk Based Guidelines This Week With Increase In Delta Variant

Two girls recording music in a sound studio.Photo by Ben Collins on Unsplash. Girls Rock Austin is an organization dedicated to helping girls and those who identify as female. They provide a summer camp that involves learning the basics of "guitar, bass, keys, drums and vocals, plus mentorship, and an education on topics ranging from STEM related subjects to self-care and social justice," according to their website. The classes are taught by female musicians in Austin, Texas. GRA also offers after school and weekend instruction. Their website states that they want the participants to learn to create their own original music, and to feel that "the world is their stage," so they also offer workshops in Costume Design and Stage Presence.
Read full story
Texas State20d

Austin, TX is Home to the State of Texas Legislature, but That's About all They Have in Common

Photo of Austin, TX with focus on Capitol Building.Photo by Spenser Davis. Austin, TX is called the blueberry in the bowl of tomato soup that is Texas. I've always thought we could find a better metaphor, as blueberries and tomato soup don't really go together. Wait, maybe it is a better description than it appears at first taste.
Read full story
1 comments
Austin, TX22d

In a move reminiscent of their same action in 2003, Texas Democrats in Austin, TX walked out of the current special session. Many of them went to Washington, D.C. to "hide out" and lobby the United States Congress to pass the For The People Act.
Read full story
Austin, TX22d

Health Care Varies Dramatically Throughout the United States, but Austin, Texas Can be Proud of Baylor Scott & White

Photo by Baylor Scott & White Medical Center - Austin. I broke both ankles on July 3rd, 2021. While leaving a restaurant I snagged my left foot on a step, the foot turned in to the right, and l fell and landed on my right knee. Both ankles broke. These are my first broken bones ever, and certainly the longest hospital stay.
Read full story
2 comments
Texas State27d

As the Delta Variant is Found in all Fifty States, Travis County, Texas has no Reported Cases as of Twenty Hours Ago

Graph of COVID cases in Tarrant County.Source Austin Public Health. Travis County is one of the leading counties in Texas for vaccination rates. 60% of all Travis County residents are fully vaccinated. 69% of people twelve years old and older have received at least one vaccine.
Read full story
1 comments