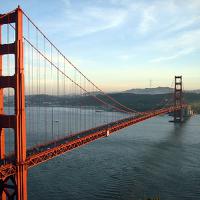 (OAKLAND, Calif.) Last year, the East Bay Regional Parks District drew public ire for killing stray cats that preyed on endangered birds and mice throughout one of its shoreline habitats. This year, while not removing the fatal option, district officials are hoping to circumvent that mistake.

According to a new policy approved by the district's board of directors Tuesday, officials are looking for other ways to solve the cat problem at the parks after getting a litany of public criticism following the revelation that staff shot and killed 13 cats living at Martin Luther King Jr. Regional Shoreline.

Seven commenters, one of whom had been regularly feeding a cat colony at the Shoreline park, pleaded with the board to remove the "lethal" option from the policy.

The board kept the lethal language for what they noted were extreme cases. One such example, according to a staff report, is when "trapping is not successful." Another example is when cats are "accessing a nesting colony of breeding California least terns or western snowy plovers."

Before any fatal action though, the district must consult animal services to pursue any possible non-lethal trapping methods.

Many of the birds and mice that call the shoreline parks in Oakland and Hayward home are endangered and thus require further protection than a standard field mouse. As sea level rises with climate change, their environment will continue to shrink.

"This was an organizational issue and not assigned to any individual (employee)," said Director Colin Coffey. "It goes beyond our policies ... There's nuances to what happens if we don't follow the Endangered Species Act."

Part of the non-lethal approach approved Tuesday is setting up cameras and fixing the fencelines around the area. According to staff, the district removed 45 cats from East Bay parks this year.

These new strategies did not assuage cat lovers who insisted that the lethal option be removed from the language of the policy. They distributed a survey last month that indicated more than three-quarters of people surveyed did not support shooting the stray cats.

"There are many other ways to mitigate whatever threat, or perception of threat, cats have in the environment," said Becky Robinson, founder of Alley Cat Allies which created the survey, at the meeting.

District officials noted both the concerns of cat lovers and those of conservationists, elaborating that this policy is meant to be dynamic and will likely change as the district collects more information.

(John Moore / Getty Images) (HAYWARD, Calif.) A 52-year-old man, whose disabled SUV was stuck on Interstate 880 early Friday, was killed while walking on the side of the freeway, by a vehicle that did not stop.
Read full story
1 comments
Oakland, CA2d

(Leon Neal / Getty Images) (SAN FRANCISCO) Twitter has closed its offices in San Francisco and New York, just two week after reopening, amid rising delta variant cases. “After careful consideration of the CDC’s updated guidelines, and in light of current conditions, Twitter has made the decision to close our opened offices in New York and San Francisco as well as pause future office reopenings, effective immediately,” the company said in a statement published by The San Francisco Chronicle.
Read full story
2 comments
Walnut Creek, CA3d

(Simon Robling / Getty Images) (LAMORINDA, Calif.) The Delta Aquariids meteor shower, which has been going on all month, will reach its peak this week. At its height, the shower will fire an estimated 10 to 20 meteors and hour.
Read full story
San Francisco, CA5d

(Stephen Lam / Getty Images) (SAN FRANCISCO) The San Francisco Bar Alliance, announced Monday that its 300 members have decided to limit indoor service to those who have proof of vaccination or proof that they are COVID-19 negative.
Read full story
6 comments
Richmond, CA6d

(Justin Sullivan / Getty Images) This article has been updated after its original pubilcation. UPDATED: Richmond police confirmed Monday that the body found in the water at Point Pinole last Thursday was the body of Antoine Whittley.
Read full story
14 comments
Butte County, CA6d

(Spencer Platt / Getty Images) (WALNUT CREEK, Calif.) A 25-year-old Vallejo man was shot and killed on a Door Dash delivery in Walnut Creek, by an 18-year-old assailant who believed the victim cut him off, according to authorities.
Read full story
18 comments
Contra Costa County, CA10d

(Justin Sullivan / Getty Images) (SAN FRANCISCO) Over the early spring and summer, PG&E has made several safety improvements to its infrastructure throughout the Bay Area in an attempt to minimize the number of customers affected by planned power outages.
Read full story
Contra Costa County, CA11d

(Hugh Hastings / Getty Images) (HAYWARD, Calif.) After three years, Hayward police finally received the green light from City Council to purchase a drone. Before the purchase, however, the council must draft an appropriate policy on how and when the drone will be used.
Read full story