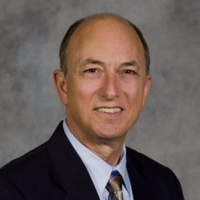 Most of us desire freedom in our lives. Freedom to do the things we love to do, to go where we want to go, and to be with whom we wish. There is nothing else quite like it.

Freedom remains ours unless we choose to forfeit it. The most important freedom we possess is the freedom to choose. This freedom exists in our minds and remains so long as we have functioning brains. Thus, while we can choose to give up our freedom, no one can take it from us.

To be free means accepting responsibility for ourselves. To do otherwise is immature. Using the definition of maturity as the acceptance of responsibility, we are usually immature whenever we choose to give up our freedom. Better to remain mature, don't you think?

"A man to be truly free must accept responsibilities.' To be relieved of responsibility means to lose freedom and liberty. Thus it can come about the real enemy of man can be the state." C. T. A. Sparks.

True freedom and giving it up

When you give up freedom to any person, organization, government, or even nature, you become bound by them. This loss of freedom is why debt is so bad to have in life.

It is undoubtedly true that you give up a certain amount of freedom by not having enough money. I remember when I had no money in the bank and depended on that next paycheck to eat. I lost so much freedom during that time it made me work hard until I took my freedom back in the form of having money in the bank and not being dependent upon work and money itself.

Always remember, however, the debts you incur can go far beyond money. When you become indebted to anything or anyone else, you give up some of your freedom. So if you can avoid it, never go into debt for any reason. It isn't worth the freedom you inevitably lose by doing so.

When it is necessary to forfeit freedom

Like many things in life, we must compromise on occasion. There are necessary restrictions on certain freedoms to maintain a civil society. In this respect, no one has complete freedom in all things.

Things that restrict freedom for the greater good will rarely find few who disagree with them. We must obey laws put in place to protect us. Paying taxes is necessary for a free society. I admit too much of it goes to waste in our poorly run, largely ineffective, and inefficient government. Government funds (our money) also put too much authority in the hands of the wrong kind of greedy, power-hungry people. But that can be fixed by the freedoms we have, such as voting. Maybe one day enough people will wake up?

Sadly, were it left to too many of those in power, we would lose a great deal of freedom. Power corrupts, which is why we have a Constitution with its Bill of Rights and 17 other amendments in the United States to protect certain freedoms. For freedom to reign in any country, things like those mentioned in the first amendment: the freedom of religion, speech, assembly, petition, and the press, are vital. Each of the other twenty-six amendments is just as crucial to maintaining a semblance of a free society as well. If even one of these amendments is ever stripped away, we will lose a great deal of freedom.

There is so much more to say about freedom it would take volumes to begin to attempt to do so. Fortunately, freedom has been a popular topic written about for centuries, with so much material existing no one could read it all in a lifetime. Still, it is a subject well worth studying any chance you get!

A summary of some of the thoughts about freedom in this article include:

To remain a free people will require standing up to those who abuse power in whatever way we must to remain free. Everyone who has a right to vote should do so in every election. If we are to remain "the land of the free and the home of the brave," as Francis Scott Key wrote in 1814, we must remain vigilant!

How Little Steps Can Create Big Advances in Your Life

How aware are you of time as it passes on the calendar? Does it fool you at times?. I had plenty of occurrences in my business years when the end of the week came too quickly, and the month or the quarter just flew by. I recall how refreshing it was when a new quarter rolled around. Three more months to get things done. But in a blink, it was over! We had much to do and no time to waste!
Read full story
2d

Visiting the Largest Store In the World

Do you think of yourself as a salesperson? What if I told you everyone is a salesperson? Would you believe the entire world is a store? This is the contention a gentleman wrote about a century ago, with which many of us happen to agree. Let's explore the subject a little more, shall we?
Read full story
New York City, NY4d

The 4 Things That Can Absolutely Help You Own Your Future

Are you like those of us who enjoy dreaming about the future? For as long as I can remember, the future has looked bright. Sure, it has appeared gloomy and perhaps stormy at times, but the sun always came back to shine.
Read full story
6d

How to Gain Real Long-Term Satisfaction in Life

Have you noticed in today's world, life is all about us? Everything seems to point us back to ourselves. Much of what we read and view on social media, and find on the internet, including videos from sources such as YouTube, point to us becoming better, fitter, wealthier, smarter, stronger, etc. Even religion attempts to provide some of the same, pointing to you and what you get from life.
Read full story
6d

Whenever I think about luck, an old line from a movie back in the '70s pops into my head. "Do [you] feel lucky? Well, do ya punk?" (see video here) Dirty Harry's definition of luck is a bit different than the luck we enjoy today.
Read full story
7d

How the Perception of Time Can Vary Greatly in Our Lives

Is time constant, or can it vary? Have you noticed how differently time seems to flow as you age?. I recall the endless summers when I was young and the equally endless school years. Before long, you are finished with school and starting your first job. While time appears to be going faster than when you were in school, there is still an abundance of time remaining.
Read full story
8d

Why Taming Excessive Busyness in Your Life Is Important

How often do you reach the end of the day, exhausted, wondering what happened? The day went by so quickly, yet it seems as though you accomplished little if anything? Each of us experiences this occasionally, but it can seriously impact your life, and not in a good way if it is happening too often.
Read full story
9d

Many things fill our life each day. Some are out of necessity, many come from desires, and others fill our very existence. What we choose to do with these things determines what happens in our lives.
Read full story
9d

Can you imagine a life without ideas? It would be pretty boring, wouldn't it? For something so common, the subject of ideas is fascinating to study. Every thinking being has ideas regularly, yet we dismiss most of them other than the few on which we act. Admittedly, it would be difficult to act on every idea, but why do we not take them more seriously? Why do we not study our ideas? How many opportunities do we miss because we do not keep track of them?
Read full story
Fort Lauderdale, FL11d

How much do you know about horticulture? There are some great lessons about life to be learned from the nature of plants. Much of what is true with plants applies to human beings. For example, when we take care of plants by providing them with water, sunshine, and nutrients, they remain healthy and continue to grow. The same is true for taking care of our bodies and minds. When we exercise our body, it remains healthy. When we exercise our mind, it continues to grow.
Read full story
12d

Why do we let little things bother us so much? Have you ever wondered how much time we lose to the small concerns of life? We allow little things to consume an inordinate amount of our life because we take them so seriously, yet why is that so?
Read full story
14d

Don't you love all the self-help statements such as "think your way to success" or "winning by thinking"? How about "attitude is all you need to become successful"?. What about articles and books with titles such as "5 easy ways to become rich" and "8 ways to come out on top".
Read full story
14d

How to Deal with Thompson's 2 Kinds of Failure

How You Can Build a Life Full of Hope

That simple question says a great deal about the importance of hope to us as individuals and the world. Hopelessness is not a state in which any of us wish to live. As author Jobie Hughes wrote:
Read full story
15d

Why in the World Would You Want to Grow Your Self-Management Skills?

Do you consider yourself a manager? A manager of what you ask? A manager of one of the most important things on earth, and the only thing you have some control over – you. "'Man' is the principle syllable in management." C.T. McKenzie.
Read full story
17d

Do you play the lottery? How often do you win the big one? If you are like most of us, the answer is never. Did you know you are more likely to get hit by lightning during your lifetime than win big in a lottery? Statistics show 1 in 15,000 people are struck by lightning over a lifetime, where 1 in 300,000,000 wins big in a lottery!
Read full story
18d

How confident are you in your life, career, and relationships? Do you know how others see you? Do you come across as overconfident or underconfident? The easiest way to find out is to ask a few people you know the following question:
Read full story
18d

Why Execution Is Important In Your Career and Your Life

May I be direct with you? I want to give it to you straight. When you work for someone, and we all work for someone, you are responsible for producing or doing "something." If you don't, you can kiss that job goodbye in short order.
Read full story
20d

How to Effectively Capture Those Momentary Flashes of Insight in Life

Everyone experiences them. They come in a flash and disappear just as quickly. They are often so profound you just know you can't forget them, then quickly vanish into thin air. What are they?
Read full story