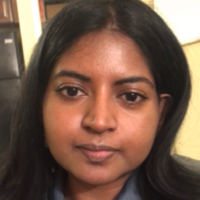 I am a content creator focused on writing in several different areas. My writing is diverse and features topics on science, self-improvement, reading and literature, entertainment, and history.

When I went to college in Galesburg, the one name that kept popping up was Carl Sandburg. Carl Sandburg's name was called out as being Galesburg's most famous resident. Sandburg is the renowned poet and author who won three Pulitzer Prizes in poetry and for his biography of Abraham Lincoln.

Sandburg was born in Galesburg Illinois and is known for being the "Son of Galesburg'" Galesburg hasn't forgotten Sandburg. There is a high school, college, a street, a festival, and even a train named after Sandburg. The legacy of Sandburg lives on forever and he is Galesburg's most famous resident but did you know that Galesburg has been home to other famous people too? Here are the top three most famous people who once lived in Galesburg (apart from Carl Sandburg).

Reagen was America's 40th President. He was also a Hollywood actor and a union leader before becoming president. As a young boy growing up, Reagen lived in several Illinois towns and cities. Reagen's family moved around quite a bit and one place that served as home for Reagen and his family was Galesburg.

The Ronald Reagen Childhood Home is a historical landmark in Galesburg today. It is located at 1219 N Kellogg Street. The home is now a private residence so it is not a place that tourists can actually visit but there is a marker signifying the importance of the place.

At one time, it was hoped that the Reagen childhood home could be converted into a museum but that never came to fruition and the home was sold to private buyers.

Another famous politician who lived in Galesburg was John Podesta. Podesta was a political consultant to Bill Clinton and a counselor to Barack Obama. He served as White House Chief of Staff to Clinton.

Podesta attended Knox College in Galesburg and graduated in 1971 before he went on to receive a J.D. from Georgetown University. Podesta also became a member of the Knox College Board of Trustees. At Knox College, he has been honored as a commencement speaker, honorary degree recipient, and Alumni Achievement Award winner.

Podesta is also a contributing columnist at the Washington Post.

Vir Das is an Indian comedian who also graduated from Knox College in Economics and Theater in 2002. Das is known for his Netflix comedy special Vir Das: Abroad Understanding. He also has a show on Hulu.

Das has also acted in quite a few Bollywood movies. In addition to this, he has performed in over 100 stand-up comedy shows, eight TV shows, and six comedy specials.

Vir Das is poised to bring more stardom to Bollywood and comedy in general.

Do you know of any other famous Galesburg residents? Leave your comments in the section down below.

I am a content creator focused on writing in several different areas. My writing is diverse and features topics on science, self-improvement, reading and literature, entertainment, and history.

Why renting in Newport is so difficult

When I first moved to Newport about three and a half years ago, I remember searching for apartments to rent. Even at that time, I remember being surprised that Newport rental prices were rather high. I was just looking for a one-bedroom apartment but the nicer and more high-end places were listed for $1200 and up. The more affordable apartments were decrepit and I didn't feel safe living in those areas. I eventually settled down at City View apartments where I rented a one-bedroom for $950. Last I heard, City View Apartment rental prices for the one-bedrooms have also gone up now.
Read full story
Columbia, MO1d

The first time I walked through the door of Hot Box Cookies, I did not know what to expect. However, a few minutes later, I walked out with a box of warm, melt-in-your-mouth chocolate chip cookies and soon I devoured the whole lot. Not bad for cookies that weren't homemade.
Read full story
Columbia, MO1d

Why Newport residents love The Boardroom

Where else can you get $2 Tuesdays and meet Barbie the Bartender?. There are several reasons why Newport residents love The Boardroom. The Boardroom is a bar or nightclub that is located at 844 York Street in Newport. It used to be a part of the Green Derby (a dining establishment) but when the Derby closed, the bar changed ownership and became known as The Boardroom.
Read full story
Kentucky State2d

The stunning homes of the East Row Historic District in Newport, Kentucky

The East Row Historic District is flush with old mansions and showcases how Newport was wealthy and elegant during the Victorian era. The district has more than 1050 homes and it is the second-largest historic district in Kentucky. Buildings in the East Row are all listed on the National Register of Historic Places. The architectural styles of the homes in the area are varied and include Victorian, Greek Revival, Italianate style, Queen Anne, Colonial Revival, American Foursquare style, and Craftsman style.
Read full story
Newport, OH2d

Mentoring Plus - a non-profit in Newport that needs your attention

Young people looking at their phonesPhoto by Creative Christians on Unsplash. A non-profit that is trying to make a difference to Newport's youth!. Mentoring Plus is a non-profit charity that was founded by Kevin Kennedy. The non-profit is located at 801 York Street in Newport. They are making a difference in the lives of kids from the ages of 13 to 21. Some of these kids are at-risk teens and it is crucial that they obtain as much support and help as possible so they can stay on the straight and narrow path.
Read full story
Newport, KY4d

La Mexicana restaurant in Newport is no Taco Bell

If you live in Newport, Kentucky, you would think that you are as far away from Mexico as you could possibly be. This is quite true as Kentucky is more than 1855 miles from the Mexico border.
Read full story
Newport, OH4d

Wonderful Italian food and a community staple since 1933. Pompilios is very much a part of Newport history. The restaurant has operated since 1933 serving celebrities, mobsters, and gamblers when Newport was known as the "original Sin City" and was a precursor to Las Vegas. Today, its customers include tourists and Newport residents.
Read full story
Cincinnati, OH4d

I wrote a review about Dixie Chili a few days ago but you can't talk about chili in Newport without mentioning the other place too - Gourmet Chili. Gourmet Chili is a family restaurant and an old-school diner that also serves a variety of chili and Greek-inspired foods. It is located at 843 Monmouth St in Newport.
Read full story
2 comments
Newport, OH5d

For food aficionados who are interested in ethnic cuisine, there are quite a few ethnic food choices in Newport such as La Mexicana Restaurant (Mexican cuisine), Hofbrauhaus Newport (German cuisine), and Jot India Restaurant, and Amol Carry Out (Indian cuisine).
Read full story
Covington, OH5d

If you are a Newport or Covington resident and you are looking for a place that accepts donations, check out the Brighton Center. The Brighton Center is a non-profit organization located at 741 Central Avenue in Newport. Their mission is:
Read full story
Newport, OH5d

The Clinic at Newport Drug Center is now open. It is located at 39 West 10th Street inside the Newport Drug Center. The new clinic will be another venue where Newport residents can receive quality medical care. This is the place to come if you have a sore throat or just need a physical exam. Hours of operation for the clinic are Mondays to Fridays from 9 am to 5 pm. The clinic is closed during the weekend.
Read full story
Columbia, MO10d

Concerned and anxiousPhoto by Christian Erfurt on Unsplash. On July 12, there was a shared message on my Facebook feed from one of my Columbia friends. The message was from Robert Paben who is the co-owner of JJ's Cafe in Columbia. I don't know Robert Paben but my friend had chosen to share his message because of a blatant theft that had occurred at JJ's Cafe.
Read full story
2 comments
Newport, KY11d

Bad news from Virginia - On July 13, the Daily Press reported that three young children from Newport, ages 13, 11, and 9 were killed in a deadly crash when their father, Anthony Snow suffered a medical emergency while driving from Virginia Beach to go back home to Northern Kentucky from vacation.
Read full story
Newport, KY11d

A lifeline for some Newport residents - the child tax credit payments

Happy children at the poolPhoto by Peter Idowu on Unsplash. It's Thursday, July 15, and 39 families with 65 million children will be anxious about receiving their child tax credit payments from the federal government.
Read full story
Newport, KY11d

The Greater Cincinnati area is known for its chili. The most popular places in the area include Skyline Chili and Gold Star Chili. There is also a third contender in the form of Dixie Chili in Newport, Kentucky.
Read full story
Newport, KY11d

Marilyn art on pianoPhoto by Jarvik Joshi on Unsplash. I used to walk down Monmouth Street in Newport, Kentucky every day without realizing how historically relevant the area was to American history. Today, there is a Newport Gangster Tour that allows you to experience the history of the place.
Read full story
Newport, KY12d

The relevance of the World Peace Bell in Newport, Kentucky

I lived in Cincinnati for seven years and in Newport, Kentucky for two years. In all that time, I never knew that Newport was the home of a World Peace Bell. The World Peace Bell is located at 425 York Street. I worked in a building that is just a few minutes of walking distance from the World Peace Bell and yet no one at my workplace mentioned that this could potentially be a site of interest. It wasn't until the end of my stay in Newport that I realized there was a World Peace Bell in the area because someone casually mentioned it in conversation.
Read full story
Newport, KY13d

Whenever you move to a new place, one of the first things you may wonder about is where the best hair salons are located. This is especially true if you are conscious about taking care of your hair on a regular basis.
Read full story
Newport, KY13d