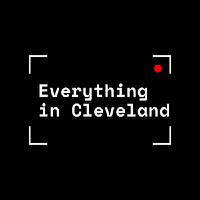 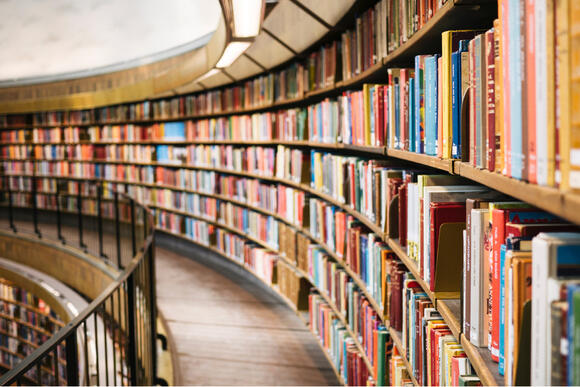 CLEVELAND — In celebration of Juneteenth, Cleveland Public Library has shared its selection of essential books to learn about the history of Juneteenth.

Here are some recommendations from the Cleveland Public Library:

San Antonio on Parade takes its readers through a fascinating look at nineteenth-century festivals in San Antonio. Judith Berg Sobré provides an art historian’s unique perspective to accounts of the pageantry, parades, and festive events that typified a city welcoming settlers from several nations.

Dog Ghosts contains two volumes of African American folk tales collected by J. Mason Brewer. Among them are stories that have their roots deeply embedded in African, Irish, and Welsh mythology; others have parallels in the pre-Columbian Mexican tradition. A few have versions that can be traced back to Chaucer’s England.

Emancipation Proclamation chronicles black and white Americans, enslaved and free, who paved the way towards emancipation. The book tells the story of those who resisted slavery and triumphed.

5. Ralph Ellison and the Raft of Hope: A Political Companion to Invisible Man by Lucas E. Morel

The book is a new collection of original essays that examine how Ellison’s landmark novel, Invisible Man (1952), addresses the social, cultural, political, economic, and racial contradictions of America.

The Hu will perform at Inkcarceration Festival on 10 September 2021

CLEVELAND, OH - Sherwin-Williams is currently looking for a full-time Digital Analytics Engineer. You will be stationed in Cleveland or other branches within the United States.
Read full story
Painesville, OH4h

Sidewalk repairment program by the City of Painesville is underway

PAINESVILLE, OH – In 2018, the City Council of Painesville approved the execution of the Painesville City Sidewalk Program, which is still running this summer. The program is meant to improve and renew aging facilities in the Painesville areas.
Read full story
Cleveland, OH3d

CLEVELAND, OH – Some women decide to have a child in their 30s for some reasons such as financial stability or career settlement. Some also believe that they feel more capable and stable than those who have children early. As sensible as it sounds, older women in their 30s should also be aware of the risks in their pregnancy.
Read full story
Cleveland, OH3d

CLEVELAND, OH — The City of Cleveland named Lita Wills as the new Commissioner of the Division of Health Equity and Social Justice. The City Mayor Frank G. Jackson directly assigned the position to Wills in a press conference, on July 27.
Read full story
1 comments
Wooster, OH3d

WOOSTER, OH – The City of Wooster recently address the harm mosquitoes can bring to the communities’ health. This concern was brought following the increase of temperature around the city as summer came approaching. Even so, mosquitoes will still be present in usual temperatures as the early stage of their life cycle progresses in the water.
Read full story
5d

Wickliffe, OH - If you're craving some Quatro Formaggio pizza, Risotto ai Funghi, Spaghetti Carbonara, Lasagna, or some Italian Sausage, Wickliffe has a wide array of Italian restaurants for you to choose from.
Read full story
Cleveland, OH5d

Cleveland, OH - Are you having a Taco Tuesday and you don't know what filling you want to put on top of your shell? No need to worry, because today we are making carnitas (which is a Spanish word for "little meats") using Great Lakes' Tidal Fury IPA. Not only good for tacos, but you can also use it for enchiladas, burritos, or quesadillas.
Read full story
Cleveland, OH5d

AKRON, OH — The Akron-Summit County Public Library is holding an outdoor event of Tai Chi called Outdoor Tai Chi Series on August 4, 11, 18, and 25 at 12.15 pm. Nancy Gardner will lead this four-week series at Library Park, which is located next to the Main Library on the corner of Mill and S. Main streets. Everyone is welcome to attend; participants should wear athletic shoes, comfortable clothing, and bring a water bottle.
Read full story
Akron, OH5d

AKRON, OH - The Gay Community Endowment Fund 20th annual Sugar Plum Tour of Holiday Homes arrived on 5-12 December 2021. Due to the ongoing pandemic, The Sugar Plum Tour's 20th-anniversary festival will feature live and virtual tours. The lie tour will take place on Sunday, Dec. 5, from 1 to 5 p.m., and the virtual tour will take place the weekend of Dec. 11-12. This event is presented by The Gay Community Endowment Fund of Akron Community Foundation to raise funds for Akron LGBTQ+ community.
Read full story
Cleveland, OH5d

CLEVELAND, OH - The Museum of Contemporary Art Cleveland (moCa) announced that they are collaborating with the Museum of Creative Human Art (MCHA). Their collaboration aims to launch a trial institutional residency program to support emerging artists and communities in Cleveland.
Read full story
Cleveland, OH5d

CLEVELAND, OH — Cleveland Play House is looking for a proactive and energetic marketing professional to join its team. The Education Outreach Manager supports strategic goals and increases earned revenue for CPHs through many educational initiatives aimed at school administrators, instructors, students, and parents under the leadership of the Director of Marketing and Associate Director of Marketing.
Read full story
Akron, OH5d

School Crossing Guard Wanted for the City of Akron

Akron, OH - The City of Akron is looking for a School Crossing Guard. The job description is to frequently safeguard school children while they cross the city streets. Basically, protecting those who are at dangerous traffic points on heavily traveled City streets from certain road-related peril by walking with groups of children across from one point to another or just stopping vehicles so that the children can cross the street as well as reporting road violations to the Police division.
Read full story
1 comments
Cleveland, OH5d